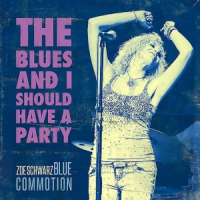 That most durable and indivisible of popular music genres: the blues. Traditionally of an eight-or twelve-bar architecture, if not something more primordial from the pre-Great Depression shellac of Mamie Smith, Tommy Johnson, Blind Lemon Jefferson, and Charlie Patton. After years of sepia-toned, nostalgic reportage regarding the Ur-nature of this folk art, most of the cobwebs of legend and myth have since been brushed away, revealing that the “blues" became the “blues" at the same time they became a commodity being ... 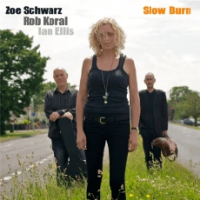 British singer Zoe Schwarz is a blues singer in the same way that the late Gene Harris was a blues pianist. Harris often referred to himself as a “blues player with jazz chops." Even his jazziest performances are steeped in the vernacular. For an example, see his famous performance from Ray Brown's Bam Bam Bam (Concord, 1988). Schwarz can belt the blues out with the best of them, but she is also a more than competent jazz singer, one who ...

The London Blues of Zoë Schwarz 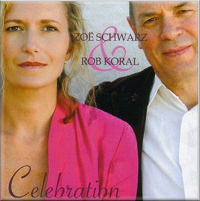 The American music genres blues and jazz are the subatomic particles of every note played since their commission to media in the early part of the last century. While one did not beget the other, were this a Venn diagram, there would exist an overlapping of blues and jazz in that place behind the roadhouse on an unfiltered whiskey Friday night - all urgent zippers and hiked skirts against the fence. It is the blues that gives ...