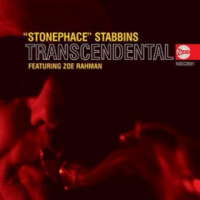 On his thirteenth birthday Larry “Stonephace" Stabbins, already a promising saxophonist, bought John Coltrane's Africa/Brass (Impulse!, 1961). The impact was immediate and long-lasting, as Stabbins writes in the liner notes to Transcendental. By the early'70s he was an established player on the UK jazz scene. Forty years on, the sound of Africa/Brass still influences Stabbins and while he makes no attempt to mimic Coltrane's sound, there is something of Coltrane's spirituality underpinning much of the music on this excellent recording.