It's a good bet that most of us have heard people say they don't like jazz, or even worse, drop the H-bomb, “I hate jazz." If you choose to engage, the key is to tread lightly and tailor an approach that considers the tastes and sensibilities of the other person. The “So You Don't Like Jazz" column explores ways to do just that. Steely Dan If you dig down in the music collection of many people who claim ...

read more
6
What is Jazz?

Part 1 | Part 2 | Part 3 Part 2: Steely Dan's AjaI ended the first part of this series with the question that prompted these articles: “Why is there so little music that genuinely fuses two styles together and does so in a way that maintains the integrity of the stylistic contributors?" I could have phrased in differently by asking a closely related question: “Why is there so little fusion music that is accepted as authentic by ...

Donald Fagen On The Past, Present And Future

Donald Fagen on what's so punk about Steely Dan, what's so sweet about bebop, why making his first solo record, The Nightfly was so personally disruptive to him, when he decided to finally grow up, and who he never wants to see again. Plus, behind the scenes stories of making Gaucho, his relationship with Walter Becker, the influence of Red Garland on his playing, Billy Eckstine on his singing, and James Brown on his rhythm concept. Along the ... 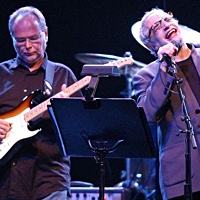 The website Really Smooth Music provides the definition of the term Yacht Rock as being “a variation of popular Soft Rock that peaked between the years of 1976 and 1984 (as featuring a) highly polished brand of soft rock that emanated from Southern California during the late '70s and early '80s. The term is meant to suggest the kind of smooth, mellow music that early yuppies likely enjoyed while sipping champagne and snorting cocaine on their yachts." This sounds like ...

The Doobie Brothers & Steely Dan-The Summer of Living Dangerously Tour Blossom Music Center Cuyahoga Falls, Ohio June 23, 2018 If there is one tried and true adage that is applicable to the arts, it is the one that goes “everything old is new again." Be it a need for monetary sustenance, a love of touring, or a little bit of both, we have seen an increase in the number of summer tours featuring iconic ...

Steely Dan Blossom Music Center Cuyahoga Falls, Ohio July 28, 2015 Back in April, Steely Dan got the busses loaded up for their semi regular touring season that included a few nights at Coachella. July 6th then brought forth the official summer tour, with twenty-three dates set through the middle of August. Billed as the “Rockabye Gollie Angel" tour, whatever the hell that means, The Dan brought its travelling minstrel show to Blossom Music Center ...

Steely DanJacobs Pavilion at NauticaCleveland, OhioJuly 23, 2013Time flies when you are having fun and it's hard to believe that Donald Fagen and Walter Becker, collectively known as Steely Dan, are well into that life niche known as the senior years. Fortunately, they still have a thing for the road, which means their iconic repertoire can be heard live in select cities once every few years. For Cleveland fans, it has been a long haul. ...