By JAKOB BAEKGAARD
March 28, 2014
Sign in to view read count 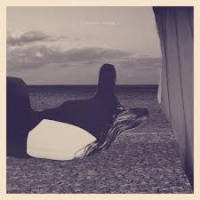 Penumbra Ensemble is the project of Swedish guitarist Henrik Olsson, who is based in Copenhagen. The ensemble's self-titled debut enlists noteworthy young Danish jazz musicians, including drummer Mads Forsby and saxophonist Lars Greve from Girls In Airports.

The project is carried by Olsson's original concept where musical voices are twisted and turned. There is a clear influence from abstract painting, as evidenced by the composition "Klee," a reference to the Swiss painter Paul Klee. Olsson works with different musical building blocks and places them against each other, but the musicians have freedom within the compositional framework. Hazy brass lines complement spiky guitar figures on the opener "Ba-Umf" where Forsby adds a propulsive beat.

The album is rollercoaster of sounds. At times intense and noisy and other times dreamy and ethereal, as on "Penumbra," with the echoing tones of Olsson's guitar and a chiming vibraphone. It is a surrealist vision that is also reflected on the cover where a lock of hair is placed in the middle of a poetic seascape.

Henrik Olsson has said that the wants to encourage the spontaneous energy and freedom of the musicians. He has succeeded in doing so while, at the same time, creating a deeply personal expression of avant-garde-rock, jazz, world music and poetic soundscapes.