Willard Jenkins Presents A Collection Of Reflections About Jazz, Journalism, And Race With 'Ain't But A Few Of Us,' To Be Published Dec. 2 By Duke University Press 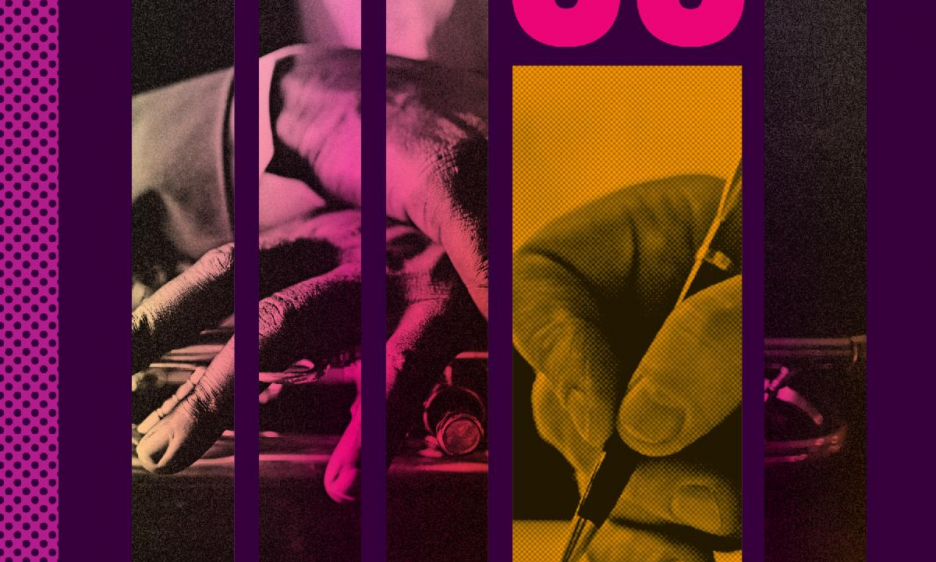 This book represents a variety of viewpoints and vantage points, but inevitably the dialogue leads back to considerations of that specious, man-made construct known as race.
—Willard Jenkins 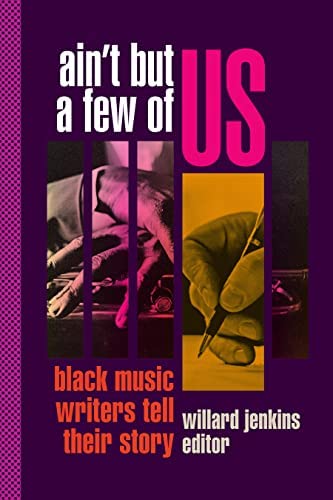 Washington, DC-based jazz journalist, broadcaster, presenter, and advocate Willard Jenkins presents a literary panorama of the lives and works of African American jazz writers with his edited volume Ain’t But A Few of Us: Black Music Writers Tell Their Story (Duke University Press). As the title suggests, Jenkins gathers the relative handful of Black scribes who focus on jazz music—from A.B. Spellman and Greg Tate to Anthony Dean-Harris and Angelika Beener—and gives them space to relate their perspectives in their own words.

Himself a jazz writer with over 50 years’ experience, Jenkins isn’t entirely hands-off in his approach to the material. Indeed, the majority of the book is drawn from interviews he conducted and originally published on his own blog, the Independent Ear. What he does avoid, however, is superimposing his own views onto his subjects. Their unique experiences constitute the heart of the collection, revealing both remarkable diversity and commonalities in their insights.

“The goal has been to include Black writers from several different perspectives and stations in the media pursuit,” Jenkins explains in his introduction. “This book represents a variety of viewpoints and vantage points, but inevitably the dialogue leads back to considerations of that specious, man-made construct known as race.”

At times the variety of viewpoints is front and center. The book proper begins with a roundtable Q&A that encompasses seven writers, male and female, of different generations, locations, and professional backgrounds, Eric Arnold, Jordannah Elizabeth, and K. Leander Williams among them. They answer Jenkins’s provocative questions about the experience of being a Black music writer, the relative lack thereof, and what that lack means for the music and its audience.

Elsewhere, it’s the writers’ similarities that are emphasized. Jenkins organizes writers based on their professional orientations—authors, magazine editors and publishers, contributors to Black community publications, freelancers, columnists, and online writers—to discuss how race colors the creation and coverage of the music. Robin D.G. Kelley waxes philosophical about the inextricability of jazz from its cultural context; Martin Johnson laments having to defend the “real blackness” of Ellington and Monk; and Bridget Arnwine outlines the even greater complexity of being a woman writer of color.

Yet Jenkins also mines the history of race in jazz and jazz journalism. Ain’t But A Few of Us concludes by compiling some of the important journalistic discussions of jazz and race, including Amiri Baraka’s “Jazz and the White Critic” and Stanley Crouch’s “Putting the White Man in Charge.” Spanning from the 1940s to the 2010s, these classic pieces remind us that the questions they address are as perennial as they are timely.

Thus, Ain’t But A Few of Us is simultaneously a dialogue, a collection of monologues, and an anthology of writing on jazz, journalism, race, and gender. For all that diversity of voices and ideas, however, Jenkins’s book is a cogent, honest, and unstintingly relevant document that explores African-American writers’ place in the jazz landscape.

Willard Jenkins was born February 6, 1949 in Pittsburgh, Pennsylvania and grew up in Cleveland, Ohio, in a household suffused with jazz music. He cultivated his own love of the music first through his father’s record collection, then through local jazz radio station WCUY. He took his passion with him to Kent State University, where he became an activist with Black United Students and began his journalistic career reviewing records for the student newspaper the Black Watch.

From there, Jenkins wrote for the Cleveland Plain-Dealer, various Cleveland-area alt-weeklies, Cadence, JazzTimes, Down Beat, and the Polish magazine Jazz Forum. He also began teaching jazz history at Cleveland State University, broadcasting jazz on radio station WKSU, and presenting concerts under the auspices of the Northeast Ohio Jazz Society. In 1983, he undertook a year-long jazz community needs assessment in the upper Midwest for the National Endowment for the Arts; that work evolved into a position at the Minneapolis-based nonprofit Arts Midwest. A few years later, Jenkins became a founding member of the Jazz Journalists Association.

In 1989, Jenkins relocated to Washington, DC to become executive director of the National Jazz Service Organization. He has remained in the DC area ever since, broadcasting weekly on radio station WPFW-FM and continuing to work as a jazz journalist and consultant. Since 2015, he has been artistic director of the DC Jazz Festival.

Jenkins collaborated with legendary piano, composer, and NEA Jazz Master Randy Weston on the latter’s autobiography, African Rhythms (2010). Ain’t But A Few of Us is his second book.

For a review copy of Ain’t But a Few of Us, please contact Laura Sell, Books Marketing Manager, Duke University Press, at [email protected] (919-687-3639).