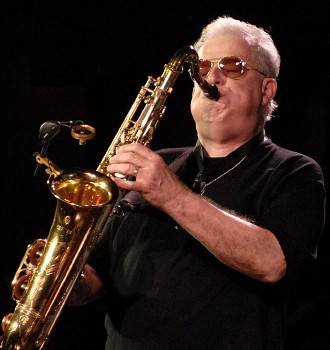 With his outings as both a leader and solo artist, Martin has collected honors such as being named Musician of the Year by the San Francisco chapter of NARAS as well as a BAMMY for Best Jazz Album of 1977. His group, Bebop and Beyond has garnered a formidable presence on the national jazz airplay charts in addition to receiving a number of grants from the National Endowment for the Arts, The California Arts Council and The Zellerbach, Fleishhaker and Columbia Foundations.

Some of Martin's other notable career moments have been performing with tabla virtuoso Zakir Hussain, tours of Japan with the Benny Carter Orchestra, assembling the orchestra to perform the Bay Area premiere of Charles Mingus' Epitaph at Davies Symphony Hall, and performing with Charlie Haden's Liberation Music Orchestra.

Education has also been a strong suit for Mel as evidenced by his stints as professor of jazz saxophone at San Jose and Sonoma State Universities along with a position on the staff of The Stanford Jazz Workshop. In addition, he regularly conducts workshops and clinics at schools throughout the United States.

Doron Orenstein: What was it that inspired you to make music your life?

Mel Martin: I really had no choice. It was what I was trained in and what I did, including gigging starting in my early teens. I tried to sell shoes but failed miserably. Fortunately, music has always treated me well.

DO: What do you find yourself practicing the most these days?

MM: I don't follow a “structured" practice routine at this point as I did that many years ago. Besides simply maintaining physical chops, I spend a lot of time, 2-3 hours a day, playing through songs I'm interested in, play-alongs, long tones,. harmonics and a lot of “go for it" time. Some people call this noodling, but I look at it as finding free association ways to hook up ideas on the saxophone, brain to finger impulses.

I'm concentrating mostly on the tenor saxophone because (a) I have a new custom Yanagisawa 992PG horn and Ponzol mouthpiece I'm trying to integrate with and (b) tenor has always presented the biggest challenge to me in terms of developing an original voice as there are so many large influences compared to soprano saxophone or flute on which I believe I have an identifiable original voice.

I also spend a good deal of time getting my reeds to play “just right"—which tends to change daily. I have a number of videos on this subject at the Rico website and duplicated on YouTube. Just search “Mel Martin + reeds."

DO: What have you been listening to lately?

DO: What would you say is the skill or attribute that's helped you the most as a musician?

MM: Improvising. I've always been able to solo and I learned tunes, changes, and voicings early on. Our high school music program (Sacramento High, class of '60) was extremely comprehensive and included ear training, theory, four part dictation, orchestration, and composition as well as many performance opportunities. By way of contrast, I found college somewhat disappointing. The streets, however, were another story.

DO: What's the single best piece of advice you've been given over the course of your playing career?

MM: From Charles Lloyd: Keep on doing what you're doing!

DO: What's the next musical frontier for Mel Martin?

MM: The newly revamped all-star Benny Carter Tribute band will be debuting at the JEN conference in Louisville, Kentucky on January. 7, 2012. Personnel will be Mel Martin on tenor, soprano saxophones, and flute, Bobby Watson on alto, Don Friedman on piano, Steve Kirby on bass, and Jeff Marrs on drums. Special guest Kevin Mahogany will be singing with us. Will be in New York September 2 & 3 at Small's with Don Friedman on piano, Harvie S on bass, and Eliot Zigmund on drums.

DO: For those new to your music, which recording would you suggest they pick up?

MM: Where The Warm Winds Blow on Jazzed Media. It's my most recent recording and represents much of what I wanted to do&#151a wide ranging repertoire and varied approach with my working band and my woodwind overdubs.

DO: What's your saxophone equipment setup?

MM: I've endorsed Yanagisawa saxophones since the early '90's. My current tenor is the bronze Pink/Gold plated 992PG. My curved soprano is the 9930SC and my alto is also the 9930S. I use Peter Ponzol mouthpieces and Rico Reeds exclusively. I'm playing Peter's new stainless steel M2 #105 with 3S Jazz Select filed reeds. On alto it's an older gold plated #85 M1 with 2H Jazz Selectfiled reeds. On Soprano I use a Ponzol classic #70 rubber piece with Rico Reserve #2 1/2 reeds. I use a reed knife and sandpaper to shape and refine the reeds as well as the Rico Vault and holders with moisture control. I also use the Rico H-Style gold plated ligatures on all horns.