Vince Guaraldi Is More Than "A Charlie Brown Christmas"

SOURCE: ALL ABOUT JAZZ @ SPINNER
December 26, 2010
Sign in to view read count 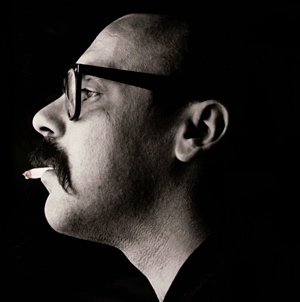 slideshow
Every year, I bust out the soundtrack to 'A Charlie Brown Christmas,' and it gets me in the holiday spirit. I've done different stories about the anniversary of the album's release and I've even written some about others like David Benoit and George Winston tackling Vince Guaraldi's work. But instead of just celebrating this Christmas and jazz classic once again, I think that its time to look a little deeper into the genius of Vince Guaraldi.

The Bay Area pianist wasn't with us for very long, dying of a heart attack at age 47 in between sets at a gig in 1976. As luck would have it, he'd finished recording his 15th Peanuts special, 'It's Arbor Day, Charlie Brown,' the day before. He'll always be best remembered for the remarkable music that he created for such classics as the Christmas album, 'It's the Great Pumpkin, Charlie Brown,' 'You're in Love, Charlie Brown' and the feature 'A Boy Named Charlie Brown,' as well as the others. It is important to remember that he was more than a soundtrack composer.

Vince Guaraldi did more than a dozen jazz albums as a leader, often in the piano trio setting. The best of the bunch is his 'Jazz Impressions of Black Orpheus,' which featured his versions of songs from the Brazilian movie classic as well as his original 'Cast Your Fate to the Wind.' “

Listen to Vince Guaraldi's 'Cast Your Fate to the Wind'


The song 'Samba de Orfeu' was paired with 'Cast Your Fate' on the B-side as a single and it was rightfully a smash in 1962, helping take the bossa nova craze to the hurricane proportions it reached in the early '60s. It's also worth noting that 'Cast Your Fate' has gone on to become a standard. But on the whole, the album marked the moment where that singular Guaraldi sound came to light—the rolling rhythm of the left hand, the simple but assertive folk-like melodies and a bluesy sensibility, the latter of which works flawlessly on his soulful take on 'Manh de Carnaval.'


Guaraldi's bossa nova work with Bola Sete is pretty solid, as well. The two did three albums together—'Vince Guaraldi/Bola Sete & Friends,' 'Live at El Matador,' 'From All Sides'—and they had a wonderful chemistry from the get-go (legend has it they only played one rehearsal before going into the studio for the first time). Always smooth and elegant, Sete embodied subtlety, ebullience and rhythmic imagination on acoustic guitar. Conversely, Guaraldi's touch was a bit heavy and on the beat by Brazilian standards, but that was also part of the Guaraldi sound that made him the artist he was. His accompaniment was more nuanced and dynamic, displaying a broad range of texture. Highlights include their incredible version of 'The Days of Wine and Roses' (started off by a richly expressive solo by Sete) and the freewheeling 'Mambossa.'

It's also worth noting that Guaraldi did other more offbeat projects, as well. He was commissioned and recorded an album of sacred music at San Francisco's Grace Cathedral with a 68-voice choir joining his trio. There was also the posthumous 'Charlie Brown Suite,' which featured strings. There's the electric-keyboard-dominated live collection issued posthumously as 'Oaxaca,' and it's a far cry from the light, pithy Peanuts sound. There is also his sideman stuff from the '50s, where he recorded with Woody Herman, Cal Tjader and Stan Getz, Mongo Santamaria, Conte Candoli and others.

But for countless people, jazz fans or not, Guaraldi is forever tied to Peanuts. The music works with the moving image for any number of reasons. There is a buoyant sound that Guaraldi had—sometimes it almost sounded like the piano was skipping down the street next to the animated characters. There is also Guaraldi's strong sense of the blues in his playing—Charlie Brown was as blue a character as you are going to find, and Guaraldi struck just the right tone with music that was sad but still had a playful innocence. This applies to the other characters, as well.

It's hard to wrap your head around the concept of jazz as children's music. Jazz is some of the most sophisticated music in the world played by a talented group of musicians, so where is the connection with a cartoon beagle named Snoopy or his nemesis the Red Baron?

Somehow, Guaraldi was able to make it work. The music never overshadows the dialogue, instead putting some swing in the step of the illustrations. I think because the songs were instrumental or used a children's choir, Guaraldi's songs tie more easily to the characters than they would otherwise. The songs also have strong melodies and that the arrangements do not stray that far from them is also key. And there's also the humor that Guaraldi projects through his music—it's a written gag, but in the Christmas Special when Schroeder tries to come up with music for the Christmas show, Lucy is being picky.

The composer wrestles with an endless number of “Lucy's" when he composed this music, whether they be on the production team or in the audience. Nonetheless, you'd be hard pressed to find one example of where it didn't work. That's a pretty good batting average—one that would have definitely helped Charlie Brown's baseball team finally win a game. But the rest of Vince Guaraldi's career went pretty well, too, and while that is overshadowed by the Peanuts work, it shouldn't be forgotten.