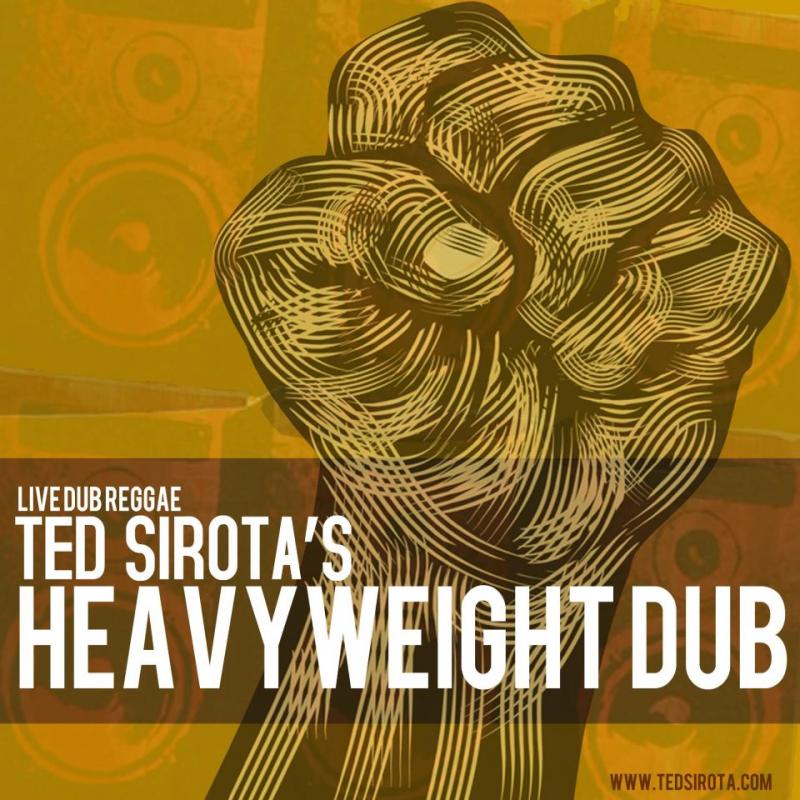 slideshow
Chicago Jazz Drummer Ted Sirota hooks up with Dub Reggae Legend “"The Scientist" for an exciting new collaboration and a Kickstarter campaign.

Chicago, IL: Ted Sirota, veteran Chicago drummer for Sabertooth and Ted Sirota’s Rebel Souls, presents a new band that reflects his lifelong passion for Reggae music. Ted Sirota’s Heavyweight Dub is the culmination of more than thirty years of Sirota’s examination of Jamaican music, especially Dub Reggae. Although Ted Sirota’s Rebel Souls performed and recorded Jamaican inspired jazz composed by Sirota, this new band was formed to specifically deal with Dub in an authentic yet personal manner. Along with Sirota's original compositions, the band’s repertoire features oftneglected music by such artists as King Tubby, The Scientist, Lee Perry, Roots Radics Band, The Revolutionaries, Tommy McCook & others. Sirota has assembled a stellar cast of musicians to help him bring back the larger than life sound of 70’s‐early 80’s Jamaica.

Hopeton Overton Brown – AKA “The Scientist”: The Scientist is one of the primary originators of Dub Reggae. The music that The Scientist (a protégé of King Tubby) created with his Dub mixes in the 70’s and 80’s was the biggest inspiration for Sirota when forming his new band. So one can imagine the surprise and excitement when Ted was able to track down Mr. Brown (who resides in Hollywood, CA) and talk music with him. After playing him some samples of his new band, The Scientist and Sirota quickly formed a musical bond and began discussing recording together. The duo decided to turn to Kickstarter to attempt to get the financial backing that is necessary to undertake such a lofty endeavor. Only one week into the thirty day campaign, they have raised over $7,200 from supporters. However that amount is only about 25% of their project goal, so the pair is calling on Dub, Reggae, and Jazz fans worldwide to show their support so that they can deliver what they hope will be a modern Dub classic “The Scientist Meets Ted Sirota’s Heavyweight Dub”!