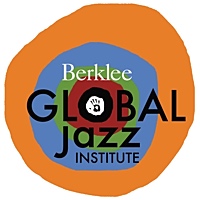 Berklee College of Music presents the Berklee Global Jazz Ambassadors, in a program featuring the members’ original compositions, at the John F. Kennedy Center for the Performing Arts in Washington, D.C. on April 24. The quintet is composed of students attending the Berklee Global Jazz Institute (BGJI). The concert is part of the Kennedy Center’s Conservatory Project, a showcase for outstanding students from America’s finest music colleges and conservatories.

The BGJI is a performance program designed to foster creativity and musicianship through various musical disciplines, with Grammy Award-winning pianist and composer Danilo Pérez as its artistic director. Faculty members include John Patitucci, George Garzone, Joe Lovano, and Terri Lyne Carrington. The institute provides a comprehensive contemporary music environment in which students are given opportunities to explore their creativity to the highest-level possible, advance the power of music as a tool for the betterment of society, and connect musical creative thinking with the natural environment.

About the Berklee Global Jazz Ambassadors Drummer Noam Israeli, a native of Israel, was a finalist in the 2012 Thelonious Monk International Jazz Competition. Israeli started playing piano at an early age and switched to drums at 13. At 15, music teacher Amit Golan introduced Israeli to jazz and encouraged him to attend the prestigious Thelma Yellin High School of the Arts. At Berklee, he is majoring in music production and engineering and performance. In 2014, he was awarded the Billboard Endowed Scholarship.

Trumpeter Mao Sone, a native of Tokyo, Japan, is known for his ability to cross musical boundaries, his unique compositions, and his unorthodox approach: he plays both the trumpet and piano simultaneously. In 2010, he was granted a full scholarship to Berklee, where he studies with Tiger Okoshi. He has been a member of the BGJI since 2013. In 2014, he won the International Trumpet Guild’s Jazz Improvisation Competition and was a semifinalist in Thelonious Monk International Jazz Competition.

Saxophonist Gregory Groover Jr is a native of Roxbury, Massachusetts, who became serious about jazz while attending the Boston Arts Academy. After graduation, he received a full tuition Berklee City Music Scholarship. As a member of the BGJI, Groover has studied with jazz icons and performed at the 2015 Panama Jazz Festival with Miguel Zenon. Groover plans to continue to strive artistically, as well as reach, teach, and learn from people from all over the world.

Pianist Toni Vaquer was born in Barcelona, Spain and raised on the island of Mallorca. He is a graduate of the Conservatorium of Liceu in Barcelona. A passionate writer, in 2010 he composed a tune each day of the year, and has authored more than 60 arrangements, including for big band, nonet, and string ensembles. He also writes music for his big band, The Voodoo Children, arranges for the Free Spirits Big Band, and performs in various groups in Boston and Barcelona.

Bassist Seung-Ha Lee is from Seoul, Korea. While in middle school, he represented Seoul in fencing for three years. After leaving fencing, he changed his major to chemistry and studied at Kwangwoon University. At 24, Lee was faced with another life choice, and entered Seoul Jazz Academy, learned electric bass, and played with great musicians for three years. He met Danilo Pérez at Jazz Café in Seoul, and decided to come to Berklee to join the BGJI.

The John F. Kennedy Center for the Performing Arts is the nation's busiest performing arts facility and annually hosts approximately 2,000 performances for audiences totaling nearly 2 million; center-related touring productions, television, and radio broadcasts welcome 40 million more. Now in its 41st season, the center presents performances of music, dance, and theater; supports artists in the creation of new work; and serves the nation as a leader in arts education.