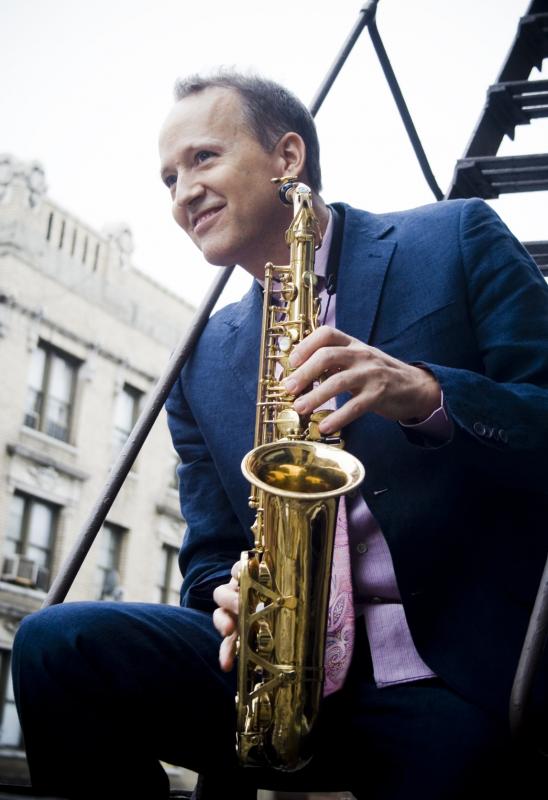 slideshow
Ted Nash explores new textures and colors, creating a fresh sound expressed by the exciting and powerful setting of the Big Band...

Ted Nash enjoys an extraordinary career as a performer, conductor, composer, arranger, and educator. Born in Los Angeles, multi-instrumentalist Nash's interest in music started at an early age. He was exposed to music by his father, trombonist Dick Nash, and uncle, reedman Ted Nash - both well-known studio and jazz musicians. Nash blossomed early, a “young lion" before the term became marketing vernacular. One of Nash's most important associations is with the Jazz at Lincoln Center Orchestra with Wynton Marsalis. Nash has that uncanny ability to mix freedom with accessibility, blues with intellect, and risk-taking with clarity. His recordings have appeared on many national “best-of" lists including The New Yorker, The New York Times, Village Voice, The Boston Globe, and New York Newsday.