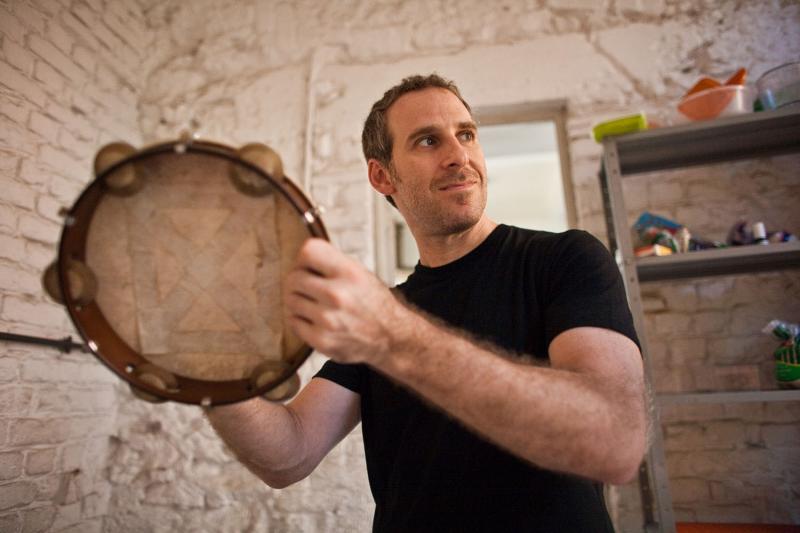 slideshow
About A View From Below

A View From Below marks an exciting turning point for my Pandeiro Jazz project as this is the first recording comprised entirely of original compositions of mine. Sonically speaking, it's also completely different from my previous three CDs, which were more acoustic in nature. A View From Below features a unique trio of pandeiro, keyboards, and electric guitar, which I've been experimenting with for several years, but only now have captured in the studio. Along with myself on pandeiro, I'm joined by two wonderful Brazilian musicians - pianist Rafael Vernet and guitarist Guilherme Monteiro. Both of them have a wide range of musical experiences - Rafael has played with artists such as Hermeto Pascoal, Toninho Horta and Joyce, and Guilherme with Ron Carter, Luciana Souza and Eliane Elias. Just to name a few.

The nine original compositions on A View From Below each have a personality of their own and you can really hear all kinds of different musical elements in them. It's been great to have performed this repertoire before recording it, as it's given me a chance to get feedback from listeners and hear their positive comments. People who have followed Pandeiro Jazz since the beggining have commented on the growth that has taken place - both compositionally as well as in performance. What could be better than hearing that?!

Where you come in

Since my first Pandeiro Jazz recording was released in 2006 people from around the world have contacted me about how much they enjoy this project. Now I need everyone to show their support to get this recording finished and released!

What will the money be spent on?

We've recorded the music, but all of the costs associated with the recording process still need to be paid for, plus many others, including mixing, mastering, musicians' fees, instrument rental, CD design and manufacturing, crowdfunding video, etc. All of this adds up! Click here for a more detailed breakdown.

What will be done with contributions beyond the goal amount?

The $15,000 goal doesn't include hiring publicists in the US and Brazil, which can really make a big difference in getting media attention. Also not included is the cost for producing and promoting a few CD release concerts. So, even if the campaign goal has been met before the campaign is over, please consider contributing, as the money will be used productively and I'll post all about it here on the campaign page!

Other ways can you help

If you're not able to contribute to this campaign financially, you can still help by telling your friends and family about it. Indiegogo has some great sharing tools which you can find right here on this page to post on Facebook, Twitter, etc.

Thanks a lot for your support and stay tuned for updates during the campaign!