Stanley Turrentine: At the Shack

SOURCE: JAZZWAX BY MARC MYERS
May 5, 2015
Sign in to view read count 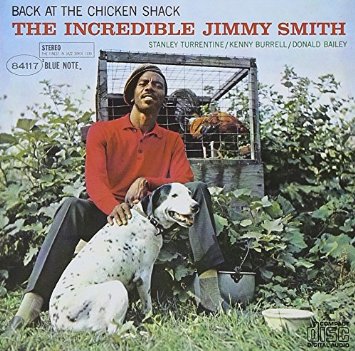 slideshow
On April 25, 1960, organist Jimmy Smith recorded for Blue Note with tenor saxophonist Stanley Turrentine and drummer Donald “Duck" Bailey at Rudy Van Gelder's studio in Englewood Cliffs, N.J. Smith handled the bass line with his feet on the organ's pedalboard while the 26-yeat-old Turrentine took the sax solos. The album was Smith's Back to the Chicken Shack, and Turrentine's solo on When I Grow Too Old to Dream would become an early example of jazz-soul saxophone.

Four months earlier, Turrentine had recorded his first leadership album—Stan “The Man" Turrentine for the Time label. After his standout work on Smith's Chicken Shack, he began recording leadership dates for Blue Note, the first of which was Look Out!, the start of many collaborations with pianist Horace Parlan.

Turrentine's style, unlike most jazz saxophonists who preceded him, wasn't rooted in bop or R&B. Instead, he was all church, with a moaning, bossy tone that tended to sear when he hit higher notes. All of this is evident on When I Grow Too Old to Dream, a 1934 song by Sigmund Romberg and lyrics by Oscar Hammerstein II.

As Ira Gitler remarks in the album's original liner notes, “Stan has one of the distinctive sounds and styles of the young tenor saxophonists to emerge in the last few years. He rolls along in a very vocal manner—you can practically hear him singing through his horn. Smith plays two rocking choruses before Turrentine re-enters to preach a couple more and take it out. This is really Stan's feature, and he makes the most of it."

JazzWax clip: Here's When I Grow Too Old to Dream...