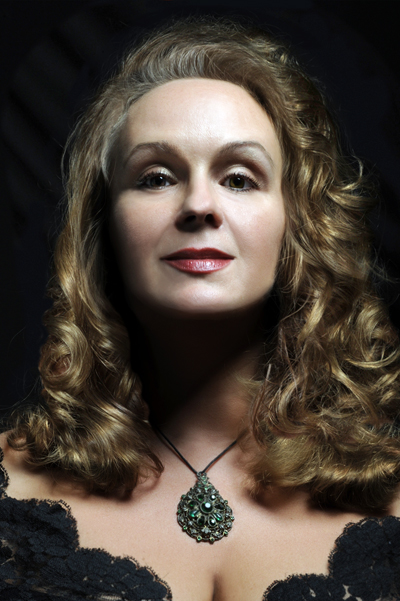 slideshow
Please join us as we celebrate the release of vocalist Solitaire Miles's Born to Be Blue on July 13th at the Jazz Showcase in Chicago 8-12 pm. The band will include a long list of Chicago greats including Willie Pickens on piano, Art Davis on trumpet, Neal Alger on guitar, Marlene Rosenberg on bass and Robert Shy on drums, along with many others. BTBB has been featured as “CD of the Month" on Chicago's jazz radio station WDCB.

“This delightful set not only proves that there is still plenty of life to be found in swing tunes, but it features Solitaire Miles at her very best,taking her place as one of the topswing singers around today." --Scott Yanow

“Listening to singer Solitaire Miles is like stepping into a time machine and going back to a bygone era of great female jazz singers. With a clear, clean voice and keen sense of phrasing, Miles belongs to another period in time. On her third album, Born to Be Blue, Miles has assembled an exceptional crew of some of Chicago's finest" --Brad Walseth JazzChicago.net

Solitaire Miles... the name has a ring to it, echoing with loneliness and distance... it sounds too good to be true, but look on her birth certificate and you'll see it's the real thing: Solitaire Miles. Listen to her sing and you'll hear the real thing, too. Considering the ancestry of hipness she needed to get a name like that, you won't be surprised to learn that Solitaire comes from a swinging bloodline. Her grandmother Sybil Der Manuel was a big band vocalist in the early 1940's. When Sol, aged three, heard her first Billie Holiday side, she thought she was hearing Grandma. When Sybil played the piano and sang, young Sol would sit underneath next to the foot pedals for hours, drinking in the sounds of the past that would one day become her future.

Solitaire originally planned to be an opera singer, but while attending DePaul University in Chicago, she met the legendary swing violinist Johnny Frigo who encouraged her to sing jazz. “When I first head Johnny play I was crazy for him, and followed him around to every gig he had, until he got sick of seeing me in the audience! But he also taught me a lot of tunes and helped me arrange them." During this time she completed her first recording with Frigo and his long time accompanist Joe Vito, “The Psychic Cabaret". “Johhny and Joe were like Grandfather's to me, and they helped me get a start in Chicago."

Working with elder players became a habit. “They seemed to appreciate my old fashioned style of phrasing." After college she also began working and recording with Sax Maestro Von Freeman, and pianist Willie Pickens. “I was lucky to have their guidance, because they were playing jazz and swing with the greats during the hey day." While performing on the Chicago scene, they all meticulously coached her. During later years spent living in New York, she had many opportunities to sit in with the great trumpeter Doc Cheatham, learning lots of great swing tunes along the way. From these venerable bandleaders, she learned more about old- school phrasing; “They wrung every little bit of opera or pop singing from my voice until it was authentic, unadulterated jazz and swing, and that's what I'm presenting today."

For Solitaire, a jazz or swing number isn't just source material to be pillaged for a contemporary pop recording. “I think a singer has to embrace the vocal style and phrasing from the era the tunes were written," she says. So she's absorbed the influences of giants like Holiday, Sullivan, Ella Fitzgerald, Helen Ward, and Mildred Bailey. “I try to present tunes in the most authentic way possible, so that the listener is taken on a journey back in time to when the music was first performed, but I also try to confer originality and freshness to the lyrics and performance. My songs aren't just reproductions, but a unique illumination of melody and language." This approach has led her to become not only an interpreter, but an historian of her genre. “One of my favorite things to do is to find forgotten songs from the 1930's and 40's and reincarnate them because this great music is a treasured part of our American musical heritage."