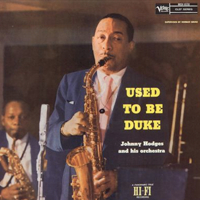 Pianist Bud Powell not only helped invent bebop in the mid-1940s with Dexter Gordon, J.J. Johnson and Charlie Parker but he also established a new, spidery playing style that was widely imitated on both coasts right up until Bill Evans' cooler introspection in the late 1950s. In the first 10 years of his small-group career, from 1946 to 1956, Powell overshadowed his younger brother, Richie Powell, who was seven years his junior.

Pianist Richie Powell is best known as the pianist in the famed Clifford Brown-Max Roach Quintet, which gave hard bop a singular lyricism and sophistication between 1954 and 1956. Then on June 26, 1956, Nancy Powell, Richie's 19-year-old wife, slipped behind the wheel of a car so that Brown, 26, and Powell, 24,  could sleep en route to Chicago. On a rain-soaked Pennsylvania Turnpike, Nancy lost control of the vehicle, and all three were killed.

As a result, virtually nothing of Richie Powell was recorded in solo or trio formats to gauge his promise. There are no leadership dates, just his brief solos on the Brown-Roach recordings for EmArcy. There is one, lone exception, however: A trio performance of Autumn in New York on a Johnny Hodges' album called Used to Be Duke, which was recorded on Aug. 5, 1954 for Norman Granz's Norgran label.

Powell's Autumn in New York is regal, bouncy and appropriately lush, with shades of Erroll Garner, Al Haig and his brother Bud. Joining Powell are Johnny Williams (b) and Louie Bellson (d). If you listen to the remainder of the ballad track with him behind Johnny Hodges (above) on Sweet Lorraine, Shorty Baker on Time on My Hands, Harry Carney on Smoke Gets in Your Eyes, Jimmy Hamilton on If You Were Mine and Lawrence Brown on Poor Butterfly, you hear a pianist who was fast becoming an extraordinary accompanist. Such a tragic loss.