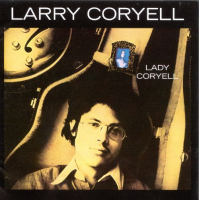 slideshow
The importance of Larry Coryell in jazz history cannot be understated. Whether you favor jazz-rock fusion or not, it was a revolutionary style that dominated jazz in the late 1960s and '70s thanks to technological advances, a shift in pop culture and the demands and interests of a new generation of players and listeners. To help us fully understand the late guitarist's contribution (see my post yesterday), I reached out to three dear friends—vibraphonist Gary Burton, trumpeter Randy Brecker and guitarist Steve Kahn, all of whom were close to Coryell and instrumental to fusion's launch and evolution:

Gary Burton: “Larry was exactly what I was looking for as I searched for musicians to start a rock-oriented jazz quartet. We all were primarily jazz musicians, but we all also appreciated the Beatles, Bob Dylan and other newly arrived rock and folk artists. Larry’s unique mix of jazz and rock melodic phrases was just what I pictured in my mind for the band.

“When we went into the studio at RCA in 1967 to record Duster, our first quartet album, none of us realized we were starting a new category of jazz. We just thought it would be interesting to mix elements of rock and jazz in our new jazz group. The surprise came a few months later after the media and audiences picked up on what we were doing. We toured pretty much non-stop for the next two years as a result of Duster's popularity and success, after which Larry moved on and eventually formed his own bands.

Randy Brecker: “The thing that surprised me most about Larry's playing was the fact that he really was an improviser in every sense of the word. You never knew what he was going to play next. It could be something in any key, any genre or any sonic palette. His son, Julian, [a guitarist and singer-songwriter], put it best when we were having a late-night talk about his dad (and I'm paraphrasing): 'Because he always took chances and played whatever came into his head, you never knew what you were going to get, so every night was different. Maybe some nights things didn't quite come off, but on nights when they did, man, there was nothing like it!'

“Larry also could play any genre of music you could name, and they all sounded completely authentic. His early group, the Free Spirits, was a great example of this. The music could and would go anywhere. I was like a sixth member of the band and would sit in a lot. The most memorable night I remember was at Steve Paul's The Scene on New York's West 46th St. Dave Liebman also was sitting in, and Jimi Hendrix was lurking around checking us out. We literally created a shimmering and constantly shifting 'wall of sound' that we immersed ourselves in for half an hour. It was just amazing. Those were exciting days, and Larry singularly was at the helm of the jazz-rock movement. Everyone looked up to him. [Editor's note: You'll find the Free Spirits' Live at the Scene: February 22nd 1967 here.]

“Larry and I met before either of us came to New York, in the summer of 1964. I was chasing after my college sweetheart and taking classes at the University of Washington and Larry was there, too, and had a Hammond B3 organ trio gig going nightly at a club called the Embers. I would come by and play frequently."

Steve Kahn: “When I first heard Larry during the late 1960s, what first struck me, in the context of the Duster album, was that the full spectrum of the guitar and its possibilities was wide open. One could play anything and from any style, and, in a jazz context. It was now all O.K. to play. Then, when I saw the Gary Burton Quartet play in Los Angeles several times during those years, there seemed to be a new energy infusing the jazz of that period. Along with the Charles Lloyd Quartet of that time and, of course, Miles Davis' electric band, the fusion era was well on its way. It was an incredible time for realizing what was possible, and Larry was right at the front of the movement as far as guitar was concerned.

“I think what made Larry so special was that he was fearless. He just attacked all music, any music, with the same abandon. He would play a borrowed guitar, an unfamiliar guitar, and go at it with the same energy. Our duets came about because of business considerations from his managers at the time. There were all these gigs that did not pay enough for the Eleventh House, and his managers hated turning down income. So they asked me if I'd be willing to put together a guitar duet setting with and for Larry. I wasn't sure that I could do it. But, Larry and I spoke.  By then, we had been friends for a long, long time. I decided to just bring in the music that I had always felt closest to.

I find it so ironic that I'm still interpreting that same catalog of music from Blue Note, Riverside, Verve, Columbia and other labels from that era. At the time, I wanted us to be covering works that no one else was touching on guitar then. And that's what we did. Remember, we're talking about 1974. There really were no other acoustic guitar duos at that moment. Everything was electric.

“It's ironic that on Backlog, my new CD, by pure coincidence I'm playing three tunes from Bobby Hutcherson albums: Head Start and Rojo from Happenings, and Catta from his Dialogue album. I mention this because back in '74, I had us playing Hutcherson's gorgeous Bouquet, also from Happenings. Life is so strange sometimes. I miss Larry."