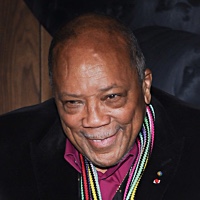 slideshow
While there have long been index funds built around media and tech stocks, there has never been an index fund created specifically around music, something which famed producer Quincy Jones is hoping to change.

One way to invest in the stock market reasonably safely is by investing in an index fund, which is a type of mutual fund with a portfolio constructed to match or track a market index, such as the Standard & Poor’s 500 Index (S&P 500). Advantages of an index fund include broad market exposure combined with very low operating expenses, so it becomes sort of a “set and forget” type of investment. Up until now there are been funds created around media or tech stocks, but none specifically around music, and legendary producer Quincy Jones thinks the time is now right for it to happen.

Q has an idea of an index fund designed to track music and media companies that stream content online that he discussed at a recent Inside EFTs Conference in Hollywood, Florida. According to an article about the conference on CNBC, “Jones’ global index will include a wide range of entertainment, telecommunication and technology companies. To be eligible, companies must have a market cap of more than $1.5 billion, a six-month average daily trading value of at least $5 million and be listed on the U.S. Stock Exchange.”

Of course, just talking about it and creating it are two different things, but Q is definitely on to something here, especially with Spotify looking to be a juggernaut in the market once it begins to trade. Add in tech and music streamers Google, Amazon, and Apple, and that’s an interesting start. Then add in the major record labels and some other music/media companies like Live Nation Entertainment and the basis of the fund looks fairly strong.

The problem would be getting investors, however, since entertainment, and especially music, has never been a sure bet or subject to economic or scientific principles like traditional companies are. You can’t predict a hit, and the music industry can turn on a dime when it comes to new technology. Streaming is hot today, but will it be tomorrow?

Still, Quincy Jones is an exceptionally smart man, and the time for a music index fund may have come.