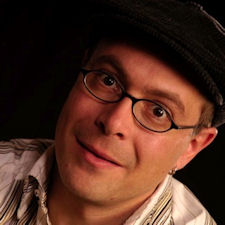 Felix Stussi has always been a composer in the true sense of the word. His approach is very eclectic. The result, however, is homogeneous and authentic. This is mostly due to the fact that he has studied (masters degree in ethnomusicology, University of Zurich, 1997) and incorporated the different sources of inspiration into his own playing and writing.

Since relocating from his native Switzerland to Montreal, Canada, Stussi has won the prestigious General Motors Grand Jazz Award of Festival International de Jazz de Montreal 2007, in addition to releasing two albums under his own name, including the recent Baiji (Justin Time, 2008), with guest trombonist Ray Anderson.

AAJ contributor Mary Ann Lacey spoke with Stussi after a gig at Montreal's Upstairs Club, where he spoke about his two discs and future plans.