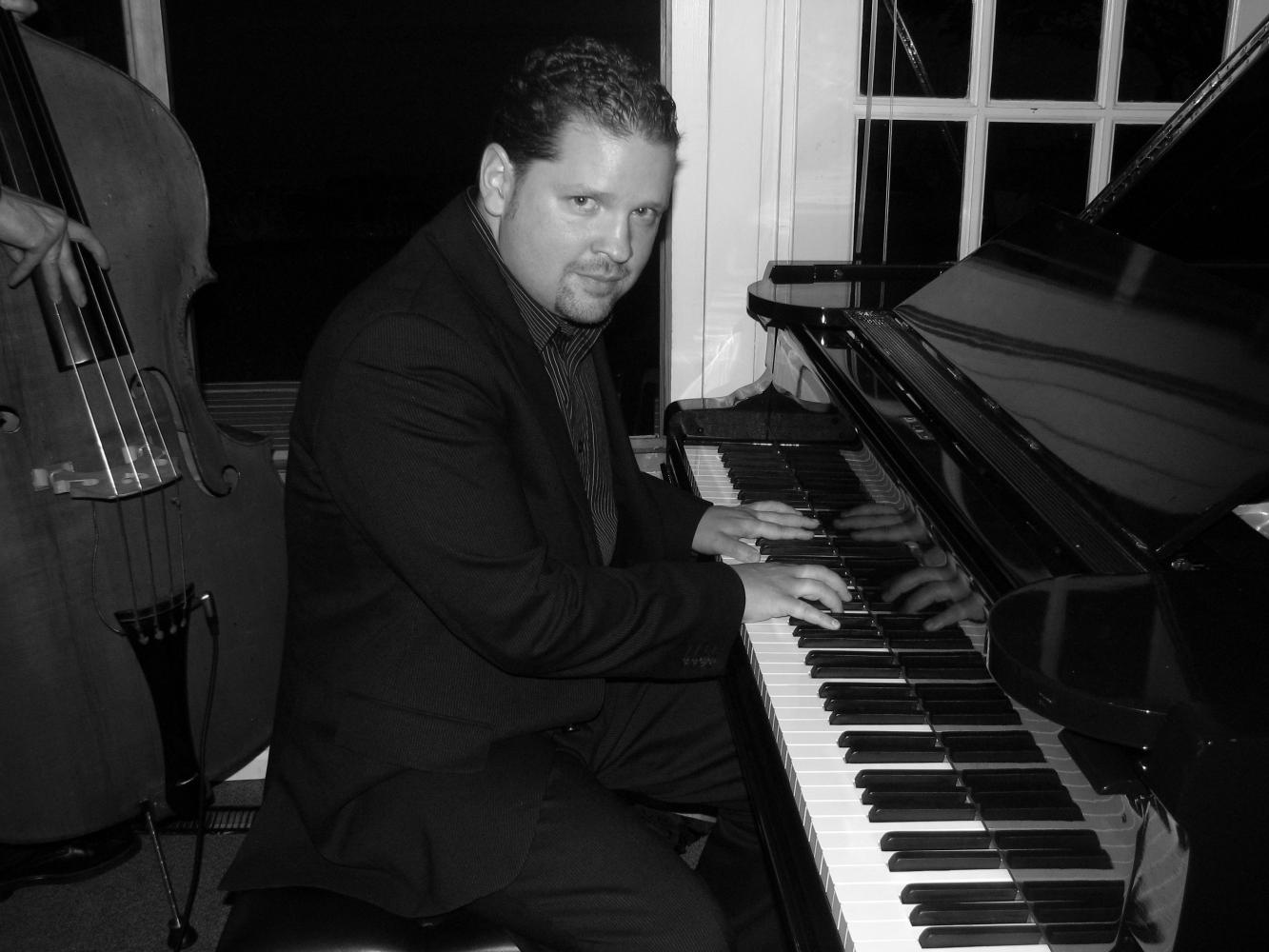 slideshow
Canadian-born jazz pianist/composer Tony Foster puts all the jazz piano influences together to create a personal sound running the emotional gamut of explosive to soulful to melancholic. An equally gifted composer and arranger, his trio takes you on a trip.

May 2009 marks the release of jazz pianist and composer Tony Foster's debut trio recording entitled In Between Moods. The recording features Joe Poole on drums and Russell Botten on bass. The album showcases Foster's composing and arranging skills as well as tracks paying tribute to some of Foster's key influences including Oscar Peterson and Ahmad Jamal.

In April and May 2009 Foster completed a series of performances in Torino Italy and Nice France, followed by a return to Vancouver for featured shows with his trio at the June 2009 Vancouver International Jazz Festival. Prior to his debut CD release, Foster has been featured with his own trio on CBC's (Canadian Broadcast Corporation) nationally broadcast Jazzbeat as well as the CBC program Hot Air produced by Neil Ritchie.

Foster performs and tours frequently with his trio, as a solo pianist, as a sideman for many instrumentalists and vocalists, and sometimes at the Hammond B-3 organ.