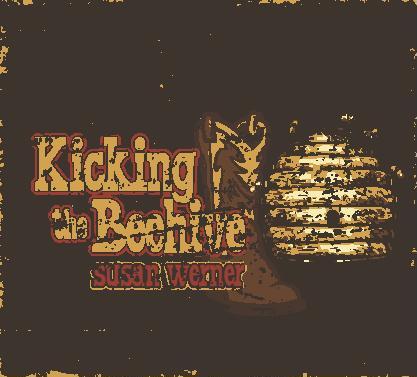 Called the empress of the unexpected by NPR, singer-songwriter Susan Werner turns another corner in her multifaceted musical career with her vibrant new album, Kicking the Beehive. It's an 11-song collection of provocative, poignant, lyrical originals that are infused with the rustic roots of American folk, blues and country music. Produced by Rodney Crowell, recorded in Nashville and featuring such all-star guests as Vince Gill, Keb' Mo' and Paul Franklin, Kicking the Beehive is a personal project where Werner intuitively explores the full impact of looking beyond the superficial and delving into soulful honesty.

With pockets of humor, wit, heartbreak, incisive social commentary and kick-ass rowdiness, Kicking the Beehive is the strongest Werner recording to date. On it she passionately tells condensed short stories of characters who confront such issues as homelessness, addiction, social alienation and disappointment. “A good song is a good window," Werner says. “All these songs can let us see outside ourselves. And as a songwriter, the best moments come when I can hold the songs up like a mirror so that people can also see themselves."

Kicking the Beehive is Werner's follow-up to her 2009 recording, Classics, a compelling pop-meets-classical album of contemporary standards supported by the Boston Symphony Orchestra. “That was a very conservatory project," Werner says. “There were a lot of string arrangements, and I learned a great deal about arranging and songwriting. But after that, I wanted to do something different." (Classics was the third in an ear-opening series of innovatively themed projects, including 2008's “agnostic gospel" album The Gospel Truth that melded Werner's own tunes written in the traditional gospel tradition and 2004's I Can't Be New where she channeled the cabaret standard songwriting of George Gershwin and Cole Porter.)

In a return to her musical roots, Werner decided to embark on a more down-home recording, inspired by her blues pilgrimage in the Mississippi Delta that started in Memphis, went through Clarksdale and led to New Orleans. An Iowan native, she desired to follow the Mississippi River downstream from where she had grown up. “It was perfect for me," says Werner, who is based in Chicago. “I rented a car, brought a guitar, a pad and a ball point pen with me. I left my computer at home. I wanted to keep it all basic. No high technology. I was thinking that I might have something to say."