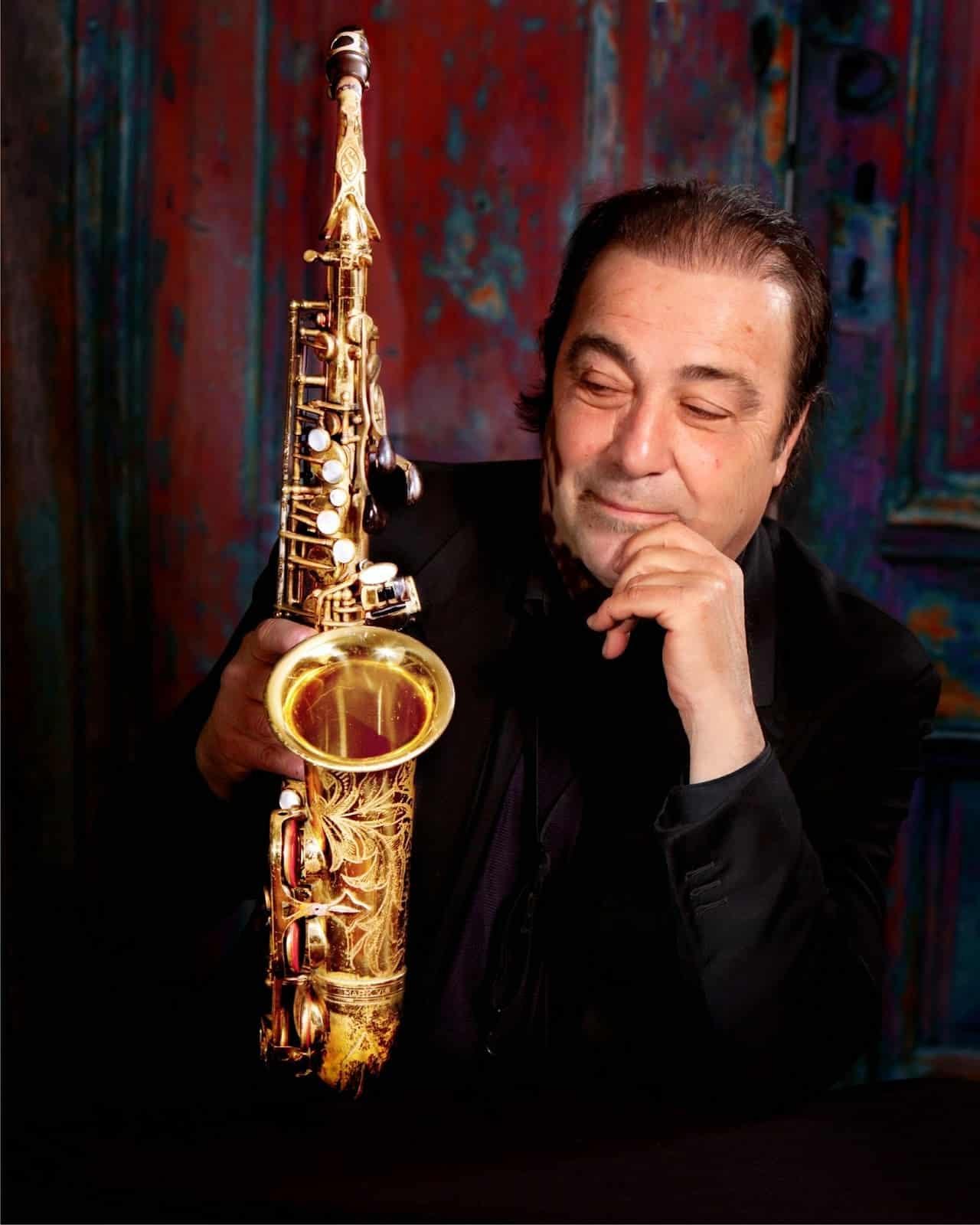 slideshow
One of the great joys in hearing live jazz is a night when talented players who've never performed together get on stage and find instant chemistry that makes it sound like they've been a working group for years.

That was the case on Monday, December 13, when hard-bopping saxophonist Greg Abate returned for his sixth Charlotte County Jazz Society performance since 2008. And what a magical night it was, with a new band, a new venue and an enthusiastic audience. Abate was at the top of his game.

The band included Abate, pianist John O'Leary, bassist Doug Mathews and drummer Clyde Connor. Rhode Island-based Abate and Tampa-based O'Leary had never worked with any of the other players on stage. Gainesville-based Connor and Orlando-based Mathews had worked together only a couple of times.

Abate is one of the few modern ambassadors of hard-bop, an intense style of playing that grew out of bebop in the 1950s, following in the musical footsteps of alto saxophonists Phil Woods and Richie Cole. He performed and recorded with both of them over the years.

The leader dedicated this concert to longtime CCJS concert programmer and board member Mike Parmelee, who died last spring. The first set included a new composition, “Blues For Mike."

Abate & Co. spent most of the night putting fresh stamps on jazz and Great American Songbook classics, with each player's ideas and energy complementing the leader's rapid-fire twists and turns. None of them, including Abate, may know where a particular tune is headed when it starts, but it always resolves into something interesting and powerful. There were always musician's smiles at the end.

They dug into Jerome Kern's “All The Things You Are," the Ralph Burns-Woody Herman classic “Early Autumn," the Gershwin brothers' “Fascinating Rhythm," Abate switched to flute for his renditions of Matt Dennis' wistful “Angel Eyes," “Afternoon in Paris" (written by late Modern Jazz Quartet pianist John Lewis), and another original, a 6/4 minor blues called “On The Road." The latter was a most appropriate choice. Abate averages about 275 days a year on the road, performing principally at venues across the U.S. and in Europe.

Other gems included Benny Carter's “When Lights Are Low" and a crazy-fast take on Charlie Parker's “Steeplechase," which the bebop pioneer based on the chord changes to George Gershwin's “I Got Rhythm." Abate is a master of seamlessly dropping in brief melodic snippets of other tunes. This one included a quote from “I Got Rhythm" and, in the spirit of the season, a bit of “God Rest Ye Merry Gentlemen."

O'Leary made the most of his extended piano features on “Afternoon in Paris" and a teasing, extended introduction to the Gene de Paul and Don Ray standard “Star Eyes" from the 1943 musical “I Dood It." On the latter, he and Abate traded melodic improvisations before the full band joined in.

Late in the evening, Abate's solo introduction on alto sax teased through several holiday melodies- including “Jingle Bells" and “Have Yourself a Merry Little Christmas"- before evolving into the Bob Haggart classic “What's New?," a tune that Linda Ronstadt turned into a pop hit. They closed things out with the Duke Ellington Orchestra's signature tune “Take the A Train," and a most appropriate encore, “That's All."

Time ran out before Abate could feature any material from his new CD, Magic Dance: The Music of Kenny Barron (Whaling City Sound), which spent seven straight weeks at No. 1 on broadcasting's JazzWeek charts.

The concert drew a crowd of about 200 to the Gulf Theater at the Military Heritage Museum in Punta Gorda.