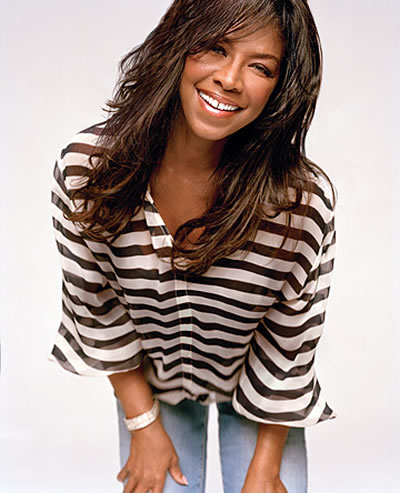 The 2009 Jazz series at the Hollywood Bowl concludes on Wednesday, September 9 at 8 pm, when nine-time Grammy winner Natalie Cole triumphantly returns to the stage after undergoing successful kidney transplant surgery. Joining the Hollywood Bowl Orchestra, conducted by Gail Deadrick, and a talented jazz ensemble, Cole is set to perform unforgettable selections from her 35-year career and select cuts from her recent Grammy winning album, Still Unforgettable.

After intermission, the ever-imaginative, always tasteful vocalist Natalie Cole joins the Hollywood Bowl Orchestra, conducted by Gail Deadrick, and an impressive jazz ensemble, to sing selections from her acclaimed career and her latest album, Still Unforgettable, the 2009 Grammy winner for Best Traditional Pop Vocal album. Still Unforgettable is the follow-up to the seminal Unforgettable...With Love released in 1991 which captured six Grammys, including Album and Record Of The Year, and spent five weeks at No. 1 selling more than eight million copies in the US alone. Instead of exploiting the moment and rushing out a second volume, Cole thoughtfully took a step back, devoted her time to several other stellar projects including her riveting autobiography, and waited until she felt ready to return to the songs that fulfill her heart and soul.

Still Unforgettable sees Cole lending her unparalleled voice to 14 standards. On this, her 21st studio album, Cole also takes the reins as producer for the first time.

Before she captured 1975's Best New Artist Grammy, Cole appealed to fans and critics alike with her versatility as an R&B, pop and jazz singer of the first order. Her canon includes such No. 1's as “This Will Be (An Everlasting Love)," “Inseparable," “Our Love," “I've Got Love On My Mind," “Pink Cadillac" and “Miss You Like Crazy." The nine-time Grammy winner continues to astonish with her vocal dexterity and her intimate, knowing way with a lyric and melody.

One of the largest natural amphitheaters in the world, with a seating capacity of nearly 18,000, the HOLLYWOOD BOWL has been the summer home of the Los Angeles Philharmonic since its official opening in 1922, and is home to the best and brightest in all genres of music. The 2004 season introduced audiences to a revitalized Hollywood Bowl, featuring a newly-constructed shell and stage and the addition of four stadium screens enhancing stage views in the venue. To this day, $1 buys a seat at the top of the Bowl for many of the Los Angeles Philharmonic's concerts. While the Bowl is best known for its sizzling summer nights, during the day California's youngest patrons enjoy “SummerSounds: Music for Kids at the Hollywood Bowl," the Southland's most popular summer arts festival for children, now in its 42nd season. In January 2009, the Hollywood Bowl was named Best Major Outdoor Concert Venue for the fifth year in a row at the 20th Annual Pollstar Concert Industry Awards; the Bowl's summer music festival has become as much a part of a Southern California summer as beaches and barbecues, the Dodgers, and Disneyland.