By
April 27, 2022
Sign in to view read count
On Saturday, April 30th, the legendary hip-hop group, A Tribe Called Quest’s music will be showcased at Venkman’s. In this dynamic show, Dashill Smith & Malcolm-Jamal Warner with their band recreate some of the original songs that were sampled by A Tribe Called Quest through the years while morphing into the ATCQ songs we all know and love. The shows are at 7 and 10 PM.

Malcom-Jamal Warner is most famously known as Theodore Huxtable from The Cosby Show and he currently stars as Dr. AJ Austin on FOX’s The Resident. Many however don’t know he is an accomplished musician.

Both shows are sold out but you can still purchase tickets to the live streams which will be available on Volume.com here: 7 PM Show & 9 PM Show 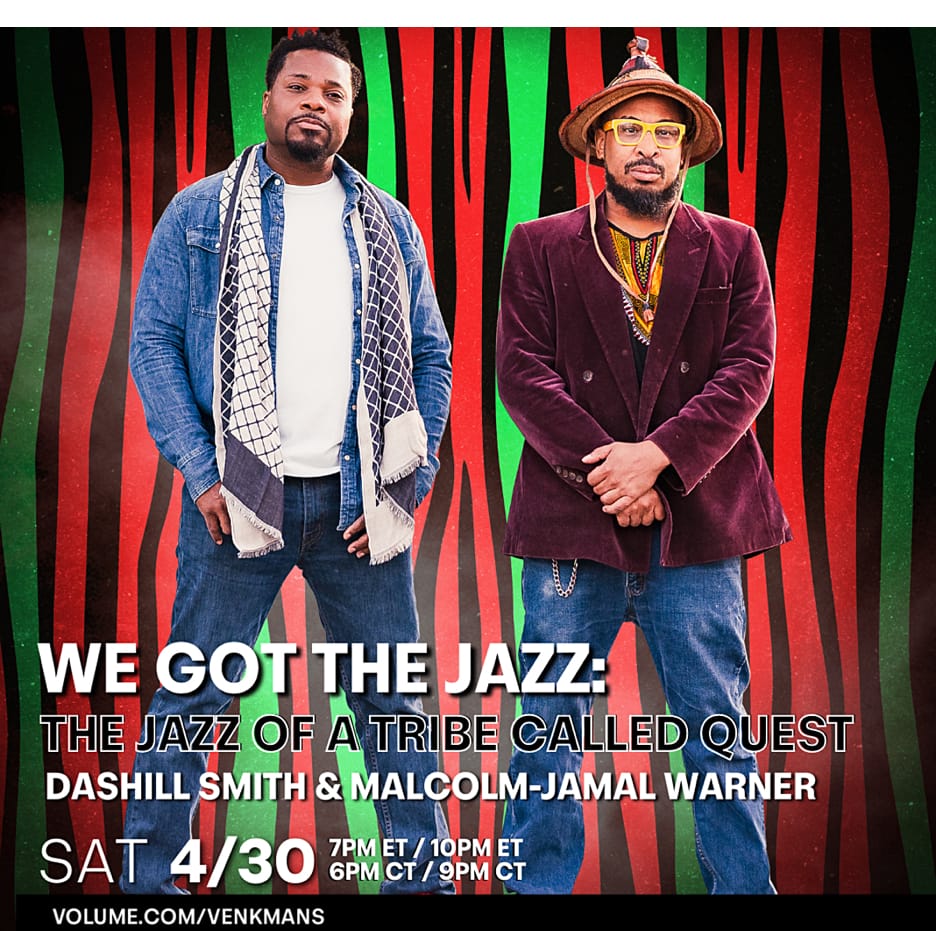 Venkman’s features eclectic live music curated by Partners Peter Olson and Nicholas Niespodziani, the creative masterminds behind PleaseRock and the frontmen of the Yacht Rock Revue. Venkman’s custom stage, pristine sound system, and variety of ticketed and free shows feature performers ranging from local upstarts to national stars. From rock and roll to bluegrass, soul to salsa, country swing to live performances of classic albums – the only music you won’t hear at Venkman’s is the same old, same old.

At Volume.com, we understand that the live music experience is about more than just the music. It's about the connection between artist and fan. That's why we've created a unique platform that allows fans to connect with artists and other fans from all over the world. Whether you're attending a huge music festival, watching a show from a club, or streaming one of our intimate live performances from our artist's living room to your own, you'll be able to connect with artists you love and engage with their music in real-time.

Volume.com is more than just a streaming service; it's a community of music lovers who are passionate about getting up close while supporting creators they love.

Volume is available through the web and will be available soon for download on the Apple Store and Google Play Store. For more information visit volume.com and follow on Instagram at getonvolume.