The cinematic jazz music video is set to premiere this July 10th at ArtShare LA in Downtown Los Angeles. 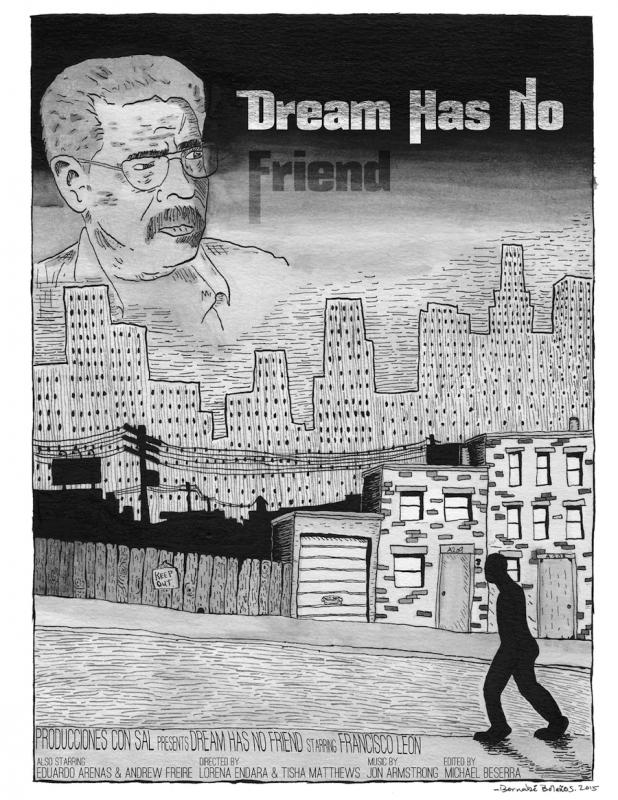 “Dream Has No Friend” was composed by Jon Armstrong and it was inspired by a poem that drifts between consciousness and unconsciousness. Similarly, the music video takes you on a strangely emotional and visual experience of sound. It was filmed in Los Angeles and the open-ended journey points viewers towards the new face of American jazz.

“Dream Has No Friend” was shot and directed by up-and-coming Panamanian director, Lorena Endara, who co-founded Producciones Con Sal with her partner Eduardo Arenas, of Chicano Soul-group Chicano Batman.

Jon Armstrong elaborates on his reasons for teaming up with the duo for his first music video: “I had seen a few of Producciones Con Sal's videos and I was impressed by their imagination and fearlessness. However it was Lorena’s strong and compassionate presence that drew me to her as the director of this project. I had complete confidence that the film would manifest beautifully under her stewardship. Watching the process was illuminating for at every turn Lorena kept it moving forward while giving space to take creative risks. I am so pleased with how the final result matches the mysterious and brooding mood of the composition."

Jon Armstrong is a Los Angeles based creative saxophonist, composer and educator. He has forged a unique and successful international career through his dedication to create vivid new music that remains engaging. He performs regularly with Slumgum, Pitch Like Masses, The Vinny Golia Sextet, Vincent Gallo, Mike Barone and Bennie Maupin. He also founded the Jon Armstrong Jazz Orchestra, a 22 piece extended big band dedicated to realizing his adventurous compositions. As a composer, he has written music for film, theater, and numerous chamber ensembles. Armstrong is a proud and active member of Creative Underground Los Angeles, an art collective that supports and commissions new works from an incredible pool of talented artists.