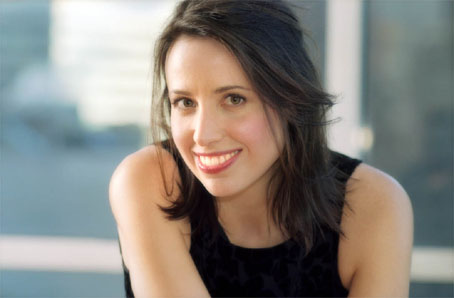 The Columbus Music Co-op continues its free workshop series for aspiring musicians this Sunday, November 21 with “So You Want to Make Music in Columbus?" Learn how to book shows and make a press packet. Find out how much a “sound guy" costs. Plus, get tips from a panel discussion featuring veteran musicians, engineers and online bloggers. This workshop is geared towards high school and college musicians, but all are welcome.

On Saturday, November 20, bring your instrument and join Sarah Morrow for a participatory master class on funk titled “Play That Funky Music." Sarah will share the history of funk music, discuss the theory and elements as well as demonstrate how to improvise in the style. Participants will have the opportunity to play with a rhythm section and work tunes and improvisation. This clinic is proudly sponsored by Getzen Instruments.

Join Duke Robillard for an advanced blues guitar master class on Monday, December 13. During this exclusive one evening class, Robillard will review technique, phrasing, string bending, vibrato, improvisation and soloing. This intimate master class will help participants advance their blues guitar playing in a fun and intensive format with one of the living guitar legends of blues. Workshop is also open to observers for a reduced fee. Proceeds of this workshop benefit Blues for a Cure.

The holiday spirit continues on Saturday, December 18 as we join gospel singer Nia Allen and sing the “Songs of the Season." This holiday sing-a-long is for anyone and everyone who would like to gather together, sing, have fun and celebrate the season! Accompanying Nia will be Dr. Milt Ruffin and, we may have other surprise guests, too! After the singing, enjoy cookies and punch and time to visit with one another at the Jazz Academy. Free admission with non-perishable food donation for the Mid-Ohio Foodbank. Treats provided by Culinary Classics Catering.

The Blues Music Awards (formerly W.C. Handy Awards) have named Duke Robillard “Best Blues Guitarist" four years out of five (2000, 2001, 2003, 2004) making him the second most honored guitarist for that award.

In 2007 Duke received a Grammy nomination for his Guitar Groove-a-rama CD and was also honored with the prestigious Rhode Island Pell Award for “excellence in the arts." Other awards over the last decade include three Canadian Maple Blues Awards for “Best International Blues Artist," and The Blues Foundation's “Producer of the Year" award.

BB King himself has called Duke “one of the great players," the Houston Post called him “one of God's guitarists," and the New York Times says “Robillard is a soloist of stunning force and originality."

Allen's gift of singing was cultivated from the early age of five when she was often called upon to sing in the church where her grandfather was pastor. She eventually attended Berklee College of Music in Boston, MA and earned a Bachelor's degree in Music Education. It was her experience at Berklee that confirmed her desire to pursue music as a career and ministry.

Nia's ministry has continued to expand and evolve on local and national levels. For the past three years she has traveled across the country leading worship with Women of Faith and she has gained national exposure as a worship leader. She has also led worship for the National Worship Leader's Conference in Austin, TX, which was comprised of 3,000 Worship Leaders from around the world.

Currently Nia resides in Nashville, TN where she is the Worship Leader at Born Again Church and Christian Outreach Ministries. She also travels and leads worship throughout the United States, and hopes to minister abroad in the near future.

Fira B! Will hold 34 concerts and 18 stage performances from 11 to 14 November in Palma