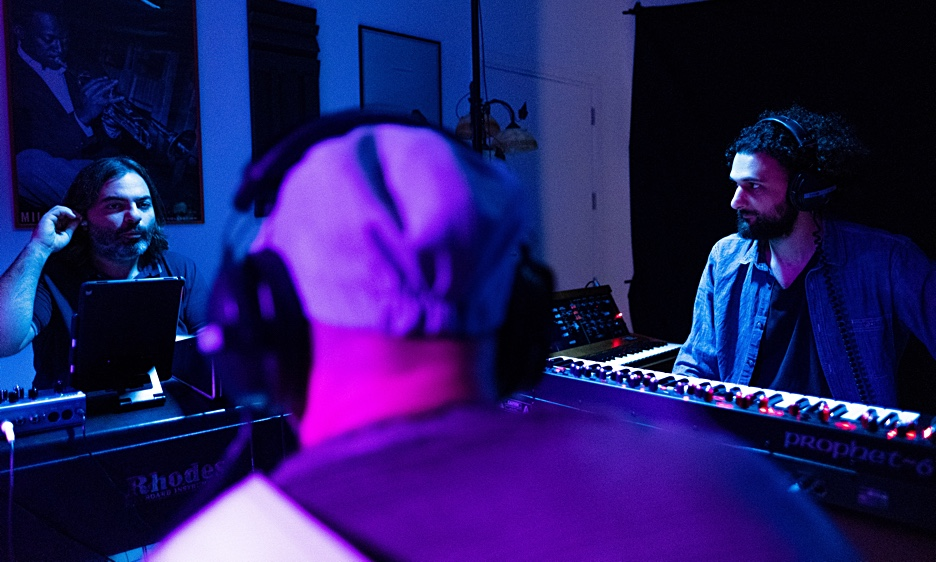 Our daily experiences, the changing times, and the changing world are undoubtedly reflected in our music. (...) The pandemic unearthed issues and emotions that many of us were unaware of. It was a time for reflection for many and for some—a time to face our demons, inwardly and socially. Sonica’s track listing reflects that reality. 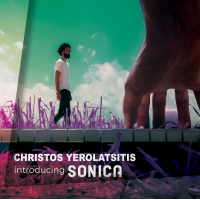 This June, Sonica marked its debut with three well-received album release shows on the Mediterranean island of Cyprus. Not exactly jazz, not exactly electronic—they are part of the global question “what is jazz nowadays?” The band charms not only with technical proficiency but complex compositions that sound easy, leaving many a listener groove along in their chair.

Sonica is a synth-centered group that combines Nu jazz with vocabulary from ambient, electronica & funk. It is a creation of the Cypriot pianist and keyboardist Christos Yerolatsitis and his debut as a solo artist.

With a background in Jazz, Christos has performed internationally both as a band-leader and a sideman. Now he brings his interest in synth music to the next stage. The album Introducing Sonica in duo with drummer Stelios Xydias was released on 6th June 2022 and features eight tracks of original music. The album is now available for purchase on Christos' website.

You could say that Christos has traveled the world. In 2009 he moved to The Netherlands where he got his BA and MA degrees in Jazz performance. He lived and worked there for 8 years, most notably with the Eef van Breen Group and the 9-hour theater production “Borgen” which toured all around the country. Later he worked as the head of the Piano Department at The True School of Music in Mumbai, India, where he got immersed in the local fusion scene. Shortly after moving back to Cyprus in 2017, he gave in to his long-time interest—analog synths. Fast-forward to today, and that interest has manifested in his debut album—Introducing Sonica.

The story behind the album

Our daily experiences, the changing times, and the changing world are undoubtedly reflected in our music. Sonica was born out of the—what has felt like a decade-long—COVID-19 reality. The pandemic unearthed issues and emotions that many of us were unaware of. It was a time for reflection for many and for some — a time to face our demons, inwardly and socially. Sonica’s track listing reflects that reality. From receiving the bad news to splitting into groups ("Announcement, Resistance, Separation"), losing track of time ("Tomorrow’s Yesterday"), finding an escape from one’s own home ("A Long Drive"), and adjusting our lives to the online space ("Virtual Party")—Sonica offers their impartial commentary on the situation.

The question “What is Jazz nowadays?” is a large part of Yerolatsitis’ work. Often hard to define, Nu jazz or Jazztronica are some keywords that come to mind. Even though Christos enjoys working on production and creating multi-layered soundscapes in the studio, he places just as much importance on the live performance. The album was created by combining synths with impeccable live drumming by the Cypriot drummer Stelios Xydias. The band’s live set-up features additional keyboardist Antreas Panteli and bassist Andreas Rodosthenous. Leading up to the album release, two live videos were recorded, and are available on Youtube.

The album is now available for purchase with a digital release yet to be announced.