Horace Silver: 'Blowin' the Blues Away' 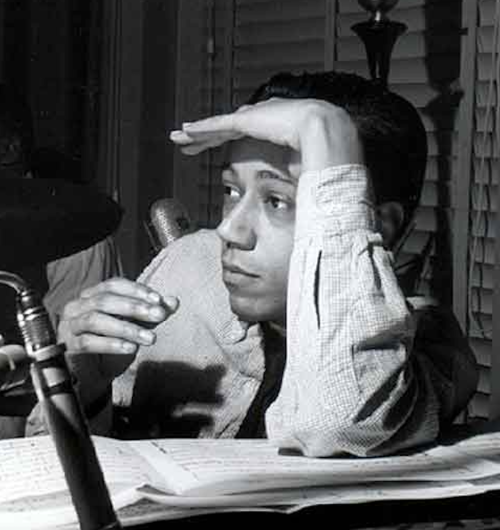 slideshow
I'm hard-pressed to think of a post-war jazz pianist-composer who was as electrifying and addictive as Horace Silver. Thelonious Monk and Bill Evans are certainly in the pantheon of exceptional player-songwriters. But Silver was really in a class by himself. In addition to being a gorgeous balladeer and a lyrical hard-bop pioneer, he was a penetrating keyboardist who favored intriguing sweet-and-sour chord voicings, and many of his catchy songs are now standards. Most of all, Silver was first to develop what we now call funk: percussive music with a jaunty, jagged rhythm that sounds like a strut.

Silver recorded more than 35 studio albums, and there really isn't a dud among them. It's just that some are better than others. One of his finest is Blowin' the Blues Away, a hard bop masterpiece of seven originals. How Did It Happen, also impossibly perfect with sublime harmonies, was written by Don Newey and added to the album's reissue in the digital age. The quintet plays on all tracks except The St. Vitus Dance and Melancholy Mood, which are handled only by the rhythm section.

Recorded in August and September 1959, the album featured Blue Mitchell (tp), Junior Cook (ts), Silver (p), Eugene Taylor (b) and Louis Hayes (d). The cover art was by Paula Donohue. The tracks are Blowin' the Blues Away, The St. Vitus Dance, Break City, Peace, Sister Sadie, The Baghdad Blues, Melancholy Mood and How Did It Happen. Peace and Sister Sadie became standards, but How Did It Happen, also is a stunner, as is the album's title track.

And this is thing with Silver's albums. All of his songs are engaging and manage to put you in their individuals moods. The grace, heart and elegance of Silver's approach is touching, and his arrangements are unmatched—an earthy combination of crisp joy and lingering melancholy. If you're unfamiliar with Silver, start with this album and then move on to Horace-Scope and Song for My Father. From there, just keep adding to your collection.

JazzWax clips: Here's How Did It Happen?...

Bonus: Here's is the Horace Silver Trio in October 1952 playing Silver's Ecaroh (Horace spelled backward), an early example of funk. It features Silver (p), Gene Ramey (b) and Art Blakey (d). Remarkably, this one features three different songs in one..