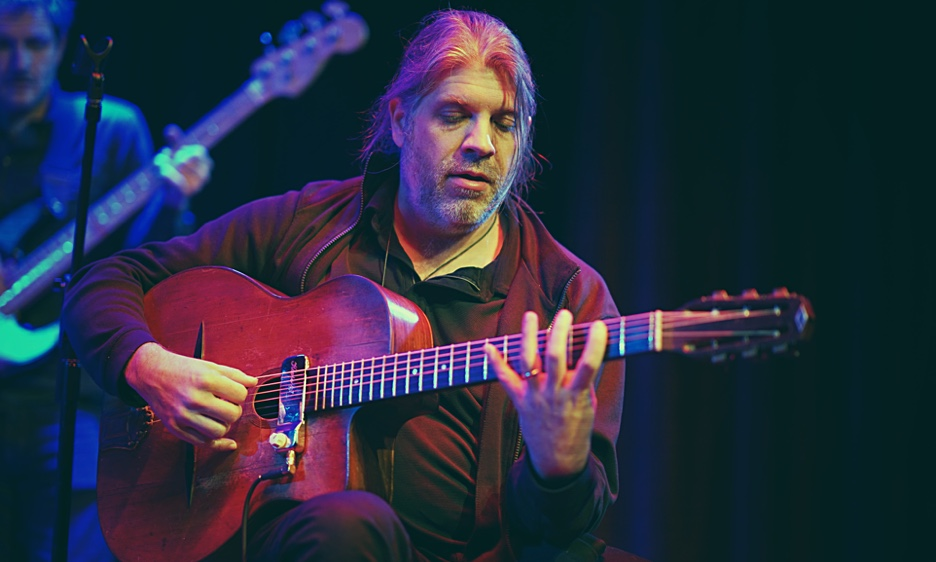 Stephane Wrembel has captured all of the nuances and complexities of Django Reinhardt's historical solo work in exacting detail. This book is a must-have for any serious student of Gypsy jazz.
&#151Adam Perlmutter, Editor, Acoustic Guitar

Gigs.Live To Premiere Video Of Wrembel’s Solo Performance Of All 17 Pieces On Thursday, April 22nd At 8:00 P.M. EDT

Heralded composer, teacher and guitarist, Stephane Wrembel, will release Django L’Impressionniste, a book of music transcriptions of 17 compositions for solo guitar by legendary musician Django Reinhardt on Thursday, April 22, 2021. Until now, these compositions have previously only been available in recorded form.

In October of 2019, Wrembel released Django L’Impressionniste on double-vinyl putting the spotlight on 17 little-known solo pieces Reinhardt recorded between 1937-1950. Wrembel is the first interpreter who has performed all these solo pieces and collected them in one definitive masterwork. For Wrembel, Django L’Impressionniste is a portrait of Reinhardt’s classical side (he was an admirer of Maurice Ravel and Claude Debussy, the fathers of the French impressionist movement). It took Wrembel four years of preparation to learn, rehearse and record these songs. Wrembel spent a great deal of time in 2020 painstakingly transcribing the songs, which were then notated by Adam Perlmutter, editor of Acoustic Guitar. The 111-page, beautifully bound and printed Django L’Impressionniste will be available via Bandcamp with a retail price of $35.00.

Perlmutter comments, “Stephane Wrembel has captured all of the nuances and complexities of Django Reinhardt's historical solo work in exacting detail. This book is a must-have for any serious student of Gypsy jazz."

The release of the book will coincide with the Gigs.Live video premiere of Wrembel performing Django L’Impressionniste in its entirety on Thursday, April 22nd at 8:00 p.m. EDT. Previously filmed and recorded in high definition at French Institute Alliance Francaise’s Florence Gould Hall, a performance of these compositions is an extraordinary experience and a true gift to fans of Django Reinhardt. Tickets for the digital event are $20 and includes one week of “On Demand” viewing. Tickets for the VIP package are $75 and include: event pass, a virtual meet and greet with Wrembel (limited to eight people), and an autographed copy of both the Django L’Impressionniste CD and book.

Wrembel, one of the most highly regarded guitarists in the world specialized in the style of Reinhardt, learned his craft among the Gypsies at campsites in the French countryside. He has had a remarkable career, releasing 16 albums under his name and the nom de plume, The Django Experiment, and touring around the world. His original compositions have been featured in three of Woody Allen’s movies including Vicki Cristina Barcelona, Midnight in Paris (“Bistro Fada”) and the full score for Rifkin’s Festival. Every year since 2002, Wrembel has organized the Django a Gogo festival in his charming hometown of Maplewood, New Jersey, and The Town Hall in New York City.