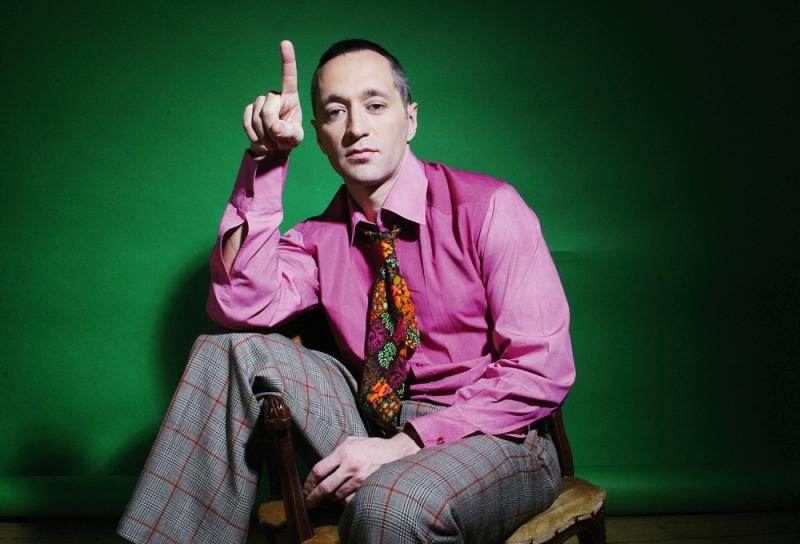 New York, NY -- Winter & Winter recording artist Theo Bleckmann and his critically acclaimed album, Twelve Songs By Charles Ives has earned a Grammy Nomination in the Best Classical Crossover Album category (Awarded to the Artist(s) and/or to the Conductor).

Twelve Songs by Charles Ives pays homage to an exceptional composer from the United States who was denied the possibility of having the strength and radiance of his work recognized and understood by his society during his lifetime. In his work, Ives characteristically combines American traditional folk songs, hymns and marching band music with classical forms and traditions from Europe. Bleckmann's perspective brings to Ives work elements of jazz, electronics and improvisation. The adaptations by Theo Bleckmann and Kneebody create a new perception, one that doesn't solve the puzzles of Charles Ives' music, but poses them afresh.

Bleckmann has released a series of gorgeous and irreverent albums on Winter & Winter, including recordings of Las Vegas standards, of Berlin kabarett, and of popular bar songs (all with pianist Fumio Yasuda), and most recently Solos for Voice and Toys, where Bleckmann brought just his stunning vocal technique, his emotional commitment, and his suitcase full of oddly evocative voice-altering gadgets to the project of recording delicate songs and poems alone at a monastery in the Swiss Alps.

In addition to his work as a soloist, Bleckmann maintains an ongoing creative relationship with guitar phenomenon Ben Monder, generating a series of performances and a pair of albums that wreak beautiful havoc with standard expectations of jazz and rock. With John Hollenbeck and Gary Versace, he makes up Refuge Trio, a project exploring and reinventing the work of popular singer-songwriters as well as generating provocative original work. With singers Peter Eldridge, Kate McGarry, Lauren Kinhan, and Luciana Souza, he forms Moss, a collective that plays in the sandbox of jazz, folk, and rock, building new ideas and compositions for voices. Bleckmann has additionally collaborated with a remarkable roster of contemporary musicians and composers, including Laurie Anderson, Philip Glass, Sheila Jordan, Michael Tilson Thomas, John Zorn, the Bang on a Can All-stars, and, most prominently, Meredith Monk, with whom Bleckmann worked as a core ensemble member for fifteen years.

Bleckmann's approach to music and performance is unusual and provocative. His taste for risk-taking, coupled with rigorous technique, is clear in his unusual and varied ability as a sound improviser - an ability which is sufficiently in demand that he was commissioned to create the space alien language for Steven Spielberg's Men in Black. Bleckmann's thoughtfulness and articulacy about music and performance have led to recognition in unusual quarters, including a Fresh Air interview with Terry Gross and an article on vocal technique solicited for John Zorn's Arcana series, Volume III. Bleckmann's adventurous and extravagantly beautiful choices have led his work to be described as from another planet (New York Times), as magical, futuristic, (All About Jazz), limitless (Citypaper, Philadelphia) transcendent (Village Voice) and brilliant (New York Magazine), and left one critic wondering, Does he eat people food? (All About Jazz). Theo Bleckmann has a gift for creating sounds listeners have never heard before, but pine to hear again.

The 52nd Annual Grammy Awards will be broadcast live from the STAPLES Center in Los Angeles on the CBS network beginning at 8:00 pm (ET) on Sunday, January 31st, 2010.