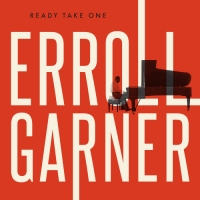 slideshow
When Erroll Garner died in 1977, Martha Glaser, his long-time manager and the executor of his estate, refused to allow the pianist's unreleased Columbia material to be issued by the label. The long-running dispute dated back to 1960, when Glaser decided her client wasn't earning an appropriate sum based on the sales of his albums. She sued the label and was tireless in her defense and support of Garner's business interests.

When Glaser died in 2014, the executors of her estate became the executor of Garner's estate as well. Last year, the executor began to authorize the release of Garner's unissued Columbia material, though some might argue that the gears on this conveyor belt have been turning way too slowly. The first release to achieve the estate's approval was the Complete Concert By the Sea, which proved to be a masterpiece and, deservedly, won a Grammy.

Now, we have Erroll Garner: Ready Take One—a newly issued 14-song album of previously unreleased material recorded between 1967 and 1971 with fairly consistent bassists and drummers behind him. To be honest, I have mixed feelings about the new material. On the one hand, it's gratifying to hear previously unheard Garner, no matter how or where it was recorded. On the other hand, much of the material here feels half-baked and unfocused. Missing is the wound-tight energy and puckish humor so dominant in Garner's earlier recordings.

It's not clear why Garner seemed to be playing with the brakes on. Perhaps it was due to the aging process. Or perhaps Glaser simply failed to set high enough standards at the dates or her capabilities as a producer were a bit limited. For example, I'm Confessin' (That I Love You) is sluggish and seems aimless in places. A better producer would have had Garner pick up the pace. Sunny also lacks the usual Garner snap. High Wire is an attempt at soul-jazz, which was popular during the period. But it, too, is missing the funk that this form depended on. Instead, we have Garner pounding away with his left hand, overshadowing the right.

The Garner of old starts to emerge on Back to You, building lush tension and consistently applying crisp elegance. Night and Day that follows is, again, a bit of an aimless snore.

As we can hear from Glaser's on-tape voice, she didn't seem to be taking the sessions she was producing or her role on those sessions  too seriously. At one point, she calls two false starts on Chase Me “take two" and then calls the third, “Take 2 1/2." Which would be funny if what followed was astounding. It's not. Perhaps Glaser thought that a producer was really just a formality with Erroll, someone who sat with the engineer and called takes on the tape. But as these songs show, a professional jazz producer (if there were any left at Columbia by 1967) might have made a difference, if only because Garner would have pushed himself more to impress that august individual in the control room.

Garner stops messing around by Satin Doll and starts delivering music that inhales and exhales beautifully and is worthy of his great name. This track (the 10th) is an album high point, a gorgeous execution by Garner with Ike Isaacs on bass, Jimmie Smith on drums and Jose Mangual on conga. It's also the first commercial recording by Garner of Satin Doll, which is both surprising and fascinating. Latin Digs, an original recorded in 1971, also has nice pacing and delivery.

Glaser should have called for another take on Stella by Starlight, which on the front end feels wobbly around the edges but irons out neatly halfway through. Down Wylie Avenue is a fascinating soul-jazz original recorded in 1967 that's authoritatively played. And it probably won't come as much of a shock that the best song on the album is Garner's own Misty from 1969, recorded in Paris. Here we are treated to a recording that should have set the standard for the set.

Every great jazz artist is allowed a flat recording session, including Erroll Garner. After a handful of listens, what's clear is why this material has been on ice all this time. I don't feel the Garner magic, which comes as little bit of a shock, since we've been conditioned these many decades to believe that all Garner is great Garner. By contrast, when Garner is in top form on the album, specifically the songs mentioned above, he was thrilling and magical.