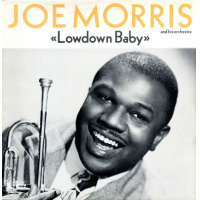 Bebop's fast tempo and complex rhythms were embraced by modern-jazz fans when the jazz style emerged in the mid-1940s. But bop also provided jump blues with an opening. Bebop was spectacular and electrifying, but it wasn't for dancing. It was mostly for sitting and listening. As a result, the big-beat, horn-driven dance music made major inroads in Black neighborhoods and in the record market. By 1949, R&B was so popular that Billboard started an official R&B chart. Hundreds of R&B artists on small independent labels began having major hits.

During the late 1940s, Blue Note began to feature modern jazz artists such as Miles Davis and Thelonious Monk. But to remain in business, Blue Note's founders, Alfred Lion and Francis Wolff, also needed to remain competitive. By 1952, they began recording groups fronted by jazz horn players who were backed by a bigger beat. The music became known as hard bop.

What's interesting about the artists who pioneered hard bop is that many came up through R&B. For example, Lou Donaldson began recording with Charlie Singleton, Blue Mitchell started with Paul “Hucklebuck" Williams, and Clifford Brown first recorded with Chris Powell and the Five Blue Flames. As noted in my post yesterday, Elmo Hope began in the Joe Morris Orchestra. The same goes for Johnny Griffin, Percy Heath and Philly Joe Jones.

Morris was a jazz trumpeter who came up in Lionel Hampton's band in the 1940s as a player and arranger, and recorded with both jazz and blues players. In 1946, he left Hampton's band to form his own orchestra, which leaned heavily on the blues with a beat. In 1949, he had top R&B hits with Wynonie Harris on Drinkin' Wine, Spo-Dee-O-Dee; Anytime, Anyplace, Anywhere; and Don't Take Your Love Away From Me. What they all had in common was Hope on piano.

What's fascinating is that as horn-centric hard-bop groups became R&B flavored, R&B became more jazzy. Morris is a prime example of a crossover artist who played jazz in a jump-blues band only leave and form an R&B band that became jazzier over time. Many of these blues bands also swished back and forth between genres, with jazz influencing the blues and blues artists folding int jazz groups. Nothing in music is pure, especially jazz.

JazzWax clips: Here are clips of the Joe Morris Orchestra with Elmo Hope on piano: