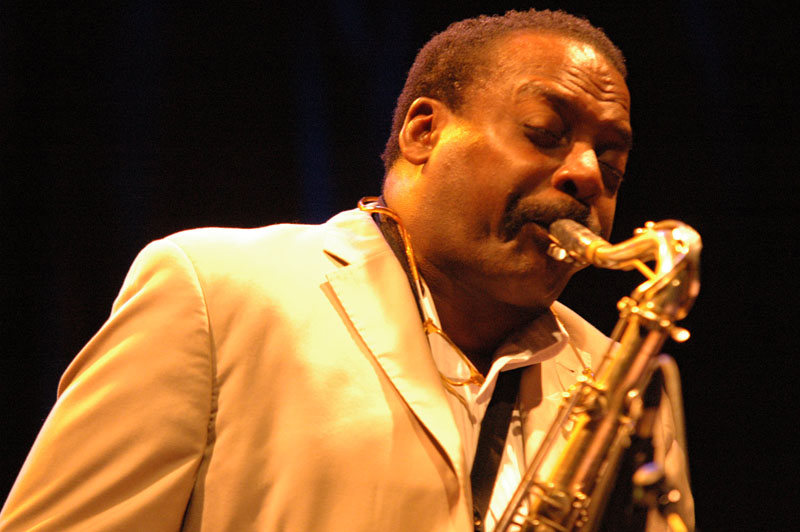 Reedman/composer David Murray's astonishing career has been marked by his proclivity for embracing unusual thematic concepts, musical combinations and collaborative efforts in his prolific creative pursuits. Collaboration is the key to Silence, his latest release on Justin Time Records, and his eleventh recording as leader for the label. Here he's in the company of the legendary pianist/composer Mal Waldron, exploring a musical territory relatively uncommon in jazz, the piano/reeds duet.

Murray, who has often been characterized as a musician who has helped bridge the legacy of the jazz tradition with its future through his stylistic links with tenor immortals Ben Webster and Coleman Hawkins, along with his willingness to perform in inter-generational contexts with many jazz elders throughout his career, adds another link to that reputation with this remarkable recording. Recorded in October 2001, a little more than a year before Waldron's passing, this is Mal's last known recording, and a stunning reminder of the great loss the jazz community has suffered with his departure.

Despite his great reputation as both a leader and a soloist, Mal was also noted for his brilliant collaborative efforts with many saxophone giants - including John Coltrane, Booker Ervin, Eric Dolphy, Jackie McLean, Steve Lacy and so many others - as well as for his two years as Billie Holiday's last pianist until her death in 1959. His qualities as a superb accompanist and a sensitive collaborator are clearly borne out on this recording.

The repertoire of seven compositions on Silence covers a good deal of ground, including standards, originals and a rarely covered Miles Davis piece that was a staple of his later performances. Four of the pieces are ballads, showcasing Waldron's special ability to accompany a dynamic and forceful soloist, while both supporting and enhancing the musical context. Among those ballads is Waldron's signature piece, the gorgeous “Soul Eyes, “ which ranks as one of the most beautiful of jazz ballads. For this version, an extended fourteen-minute excursion, Murray performs on bass clarinet, further enhancing his own reputation as the most influential and powerful voice on that challenging instrument since the unparalleled Eric Dolphy. The darkly luminous and dulcet tone of the horn, Murray's articulately exciting solo with a nicely-grooved double time section, Mal's lushly beautiful turn, and a swirling extended duet following the closing thematic statement, all contribute to making this a most unique version of this Waldron classic.

The other ballads include Duke Ellington's “All Too Soon, “ with highly emotive tenor and orchestral piano; and an extended version of the Sammy Cahn/Paul Stordahl/Paul Weston standard, “I Should Care, “ marked by a passionate tenor solo and a brief, but extremely beautiful solo by Waldron. “Free For C.T., “ another exquisite Waldron ballad (co-written with Max Roach) opens the album, featuring Murray again on bass clarinet. The woody sound is particularly suited to Waldron's writing as Murray reaches to the very bottom of its range to state the heart-wrenching theme. The instrument's entire range is utilized in his powerful solo, stoked by Mal's block chords, sometimes with tantalizing suspension. Mal's highly personal solo style is on full display here, building excitement with slowly developing single note structures with his right hand while adding darkly textured tight chords at the very bottom of the piano with his left.

That same tantalizing excitement is evident on two of the more up-tempo pieces, “Hurray For Herbie, “ another Waldron original and Miles Davis' “Jean-Pierre." For the former, a tautly tense free-time piece, with a repetitive theme built on a foundation of powerful block chords, Murray is on tenor and romps in Hawkins-ish style. Mal's solo is a smoker in his inimitable smolder-mode, building slowly with a Middle-Eastern modality in his single-note right hand runs, while kicking it from the rear with those dark low notes. “Jean-Pierre" is given a most original treatment. A sharply syncopated, angular and playful piece in Miles' hands, here it gets a more expansive treatment, with Waldron stretching Miles' tightly-knit rhythmic thrust into an orchestral texture of grandeur and majesty. Murray's tenor solo is burly, boiling and imaginative, while Mal's percolating solo style builds tension a note at a time over tight-knit deeply resonant left hand chords that sound like distant thunder, climaxing in a cascade of right hand block chords.

Murray's original, “Silence" is a free-blowing excursion. It's loping melody, interspersed with short fractured segments cascades into orbit with David rollicking in his dynamically fiery style and Mal mixing exciting block chords with freely flowing improvisational textures, in what is as clear-cut a definition of collaboration as one can imagine - an appropriate description of this entire affair.