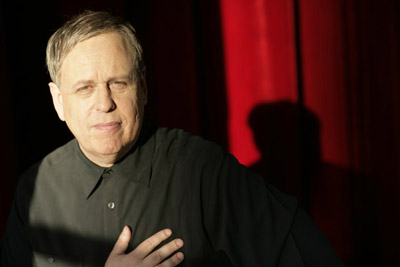 slideshow
In August 2007, longtime friends and musical partners in jazz Kenny Werner and Roseanna Vitro took to the stage of the Blue Note in New York with a bodacious new category-bending band, the Delirium Blues Project. Werner occupied his customary piano chair but also filled the new role of arranging for the nine-piece group. Vocalist Vitro tapped into her Arkansas and Texas roots to deliver the goods on Delirium's funk and blues material, which ranged from Tower of Power and Tracy Nelson to Joni Mitchell and Nina Simone.

“Delirium celebrates the blues as the basis for much of popular music," says Half Note vice president Jeff Levenson, who produced, directed, and steered the project to completion. “But its music transcends and bridges the categories--gospel, blues, country, pop, jazz, rhythm and blues."

Werner's arrangements aimed to “capture a spirit," says the pianist, “to highlight the blues as a foundational form worthy of progressive interpretation. I found the writing process fascinating, because some of the tunes were very familiar in their original recorded versions, but I still wanted to give them a new spin. That required me to honor the essence of what made them work the first time around--whether they were funky or nasty or rockin'.

“Once I got that, I could set my sights on the members of the band, especially Roseanna, and write arrangements that played to her influences in various styles of roots music."

Because of Vitro's lifelong immersion in those styles, she found Delirium to be a deeply personal project. “There's pure joy in singing these songs," says Roseanna. “Part of the thrill was hearing this cool material through the prism of my friend and mentor, Kenny Werner, and his approaches to it. So many of these songs reflect where many of us come from, and--ironically--where we return, as we explore new creative terrain."

Both Werner and Vitro have earned their jazz bona fides over 30-year careers marked by fearless originality, distinguished collaborations, and multiple honors and awards. But, like most artists of a certain age and experience, they're also facing the challenges of today's imploding and evolving music industry.

Vitro has long worked as a clinician, educator, and touring Jazz Ambassador as well as a performer and recording artist, and Werner had already published his 1996 book Effortless Mastery: Liberating the Master Musician Within, which has made him something of a creativity guru. Following the tragic death last year of his teenage daughter Kat, he embraced the Delirium Blues Project by stepping outside his proven comfort zone--writing, arranging, channeling the transformational power of the blues.

With this release Vitro officially joins Werner in the family of artists at Half Note Records. Together, they continue a creative journey begun nearly 30 years ago. “Roseanna and Kenny have shown that take-charge, forward-thinking musicians improve us all," says Half Note's Levenson. “They possess a spirit and a positive energy so clearly heard in Delirium. I'm proud of them. They're changing the planet one song at a time."