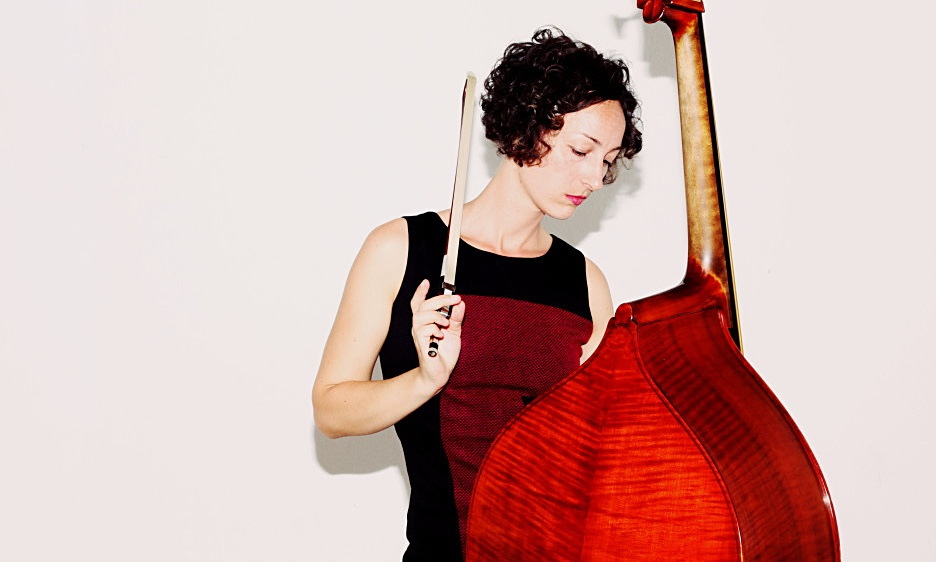 I wanted—to create a magical sound with instruments that blend really well. I really tried to use the whole spectrum of sound possibilities. Every piece is different.
&#151Eva Kess 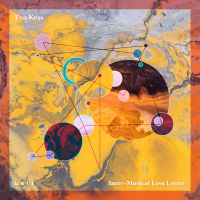 Bassist and composer Eva Kess doubles down on her already formidable artistic development with Inter-Musical Love Letter, slated for a July 22 release on Unit Records. That “doubling down” is a literal one: Whereas 2020’s Sternschnuppen: Falling Stars (the Swiss musician’s trailblazing previous album) featured music for a seven-piece band, Kess now builds out the ensemble to 14 pieces, again including the instrumentation of a traditional string quartet.

“I wanted…to create a magical sound with instruments that blend really well,” Kess says. “I really tried to use the whole spectrum of sound possibilities, both within one instrument, showing the whole range and possibilities of sound, as well in the sonic possibilities for the orchestrations. Every piece is different.”

Unquestionably so. Where “Peculiar Times” is suitably funky and percussive for a hip-hop setting, “Wondering What Is Coming” is gauzy and ethereal, swaying as if caught in an updraft. “Magic Mama” is somehow both delicate and firmly grounded, Jonathan Salvi’s vibes and Felix Wolf’s drums acting as a bedrock for gradual sonic layering (and a spoken-word recitation from vocalist Mirjam Hässig). “Inbetween Worlds” flirts with the avant-garde in its opening string counterpoint, then features a fleet solo by Salvi and a stout-toned one by bassist Loïc Baillod. (As an instrumentalist, Kess sits out this recording, busying herself instead with directing the band through her compositions.)

The sole nonoriginal here is the Jimmy Van Heusen and Johnny Burke standard “But Beautiful.” “I simply love this song,” Kess says. “It’s such a wonderful composition, the melody and also the lyrics... I tried to make my own version. The chorus is a bit inspired by Brazilian music.”

The album’s longest track, “Intuitive Love,” is also its most beatific. Strings and Hässig’s vocals converge and diverge, a graceful dance that soars into the air when Marco Karrer’s soprano sax joins the party with Domenic Landolf on tenor sax.

As with so much recent music and art, Inter-Musical Love Letter is a product of the COVID-19 pandemic. Unable to perform (with her own band or any other) during the worldwide lockdowns, Kess turned to the one outlet that quarantine couldn’t touch. “I had this thought that I’m luckily a composer, because everything else was gone,” she says. “With all this time, this is the perfect moment to create music for a large ensemble.”

Eva Kess was born Eva Patricia Kesselring on April 10, 1985, in West Berlin and grew up in Bern, Switzerland (after spending a few years in Porto Alegre, Brazil). As a child she played piano, advancing enough that as a young teenager she was able to perform a Bach concerto with a symphony orchestra. At 17, however, her world shifted radically. First, she fell in love with the double bass after hearing a street performance by a bass quartet; soon afterward, a friend took her to her first jazz concert, where she fell in love once again.

Taking lessons with bassist Lorenz Beyeler—the bassist she had heard at that first jazz show—and later with fellow Bern bassist Thomas Dürst, Kess made the rounds of the local jazz scene, acquainting herself with both Bern’s musicians and the American and European artists who passed through the Swiss capital. She was soon able to form her own trio of bass, guitar, and trumpet. After studying at the Music Academy of Basel, she returned to her hometown where she entered the University of the Arts Bern’s prestigious master’s program in music composition and theory. Among her teachers were pianist/composers Django Bates and Guillermo Klein, both of whom became her mentors.

In 2010, Kess won a scholarship to study in New York, adding the U.S. to Germany, Brazil, and Switzerland in her array of musical and cultural experiences. That same year (back in Switzerland) she also recorded her debut album, Wondering What Is Coming. After seven years came her long-awaited second recording, Flying Curly, followed by 2019’s unaccompanied album Bassexperiment, 2020’s Sternschnuppen: Falling Stars, and, now, Inter-Musical Love Letter.