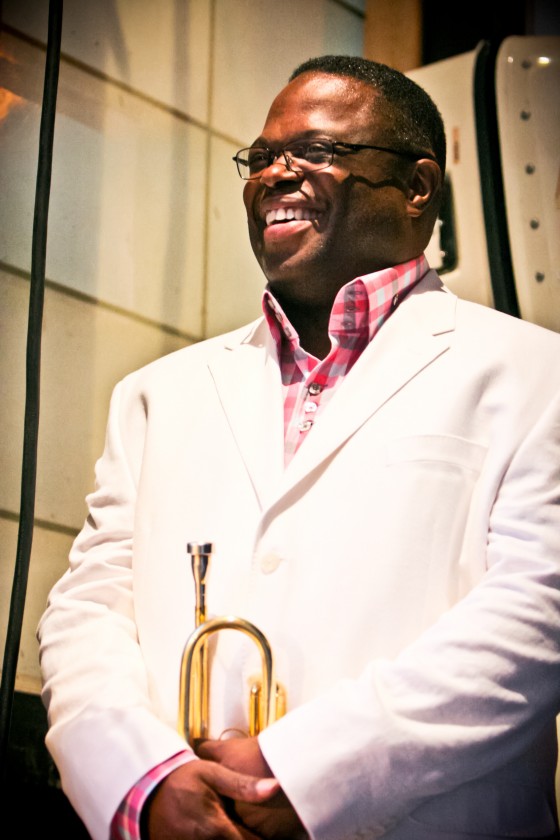 slideshow
The Chicago Jazz Philharmonic (CJP) explores the rich global influences in jazz in two concerts on Friday April 24 at the North Shore Center for the Arts in Skokie, and on Sunday April 26 at the Beverly Arts Center in Chicago.

“Four Corners of the World” will feature the CJP Chamber Ensemble performing with internationally acclaimed artists Trio Globo. The evening will include repertoire from both groups as well as new works created especially for this event. A highlight of the evening will be the premiere of an adaptation of The New World Symphony by Antonin Dvořák, the Czech composer who was an admirer of African-American and Native American music.

With roots in jazz, classical and sacred music, and rhythmic influences derived from travels in six continents, Trio Globo has crafted a totally original voice in contemporary acoustic jazz. Grammy award-winning cellist Eugene Friesen, harmonica virtuoso and pianist Howard Levy (a double Grammy winner formerly of The Flecktones who makes his home in Evanston IL.), and world-renowned percussionist Glen Velez (Percussive Arts Society the Hall of Fame) are internationally acclaimed artists and true originals re-inventing their instruments in new music both personal and global. Together, they epitomize the quintessential group for the 21st century.

“I am thrilled to be working with the talented members of Trio Globo on this project,” commented Chicago Jazz Philharmonic artistic director Orbert Davis. “They embody the aesthetics of the Third Stream musical concept – blending the best of classical and jazz traditions with the rhythmic and melodic elements from music around the world.”

The April concerts are a continuation of the Chicago Jazz Philharmonic’s tenth anniversary season which began in September 2014 and culminates in May 2015. As with all the events throughout the season, “Four Corners of the World” highlights the depth and breadth of repertoire the Chicago Jazz Philharmonic and also celebrates the unique blend of classical and jazz music known as “Third Stream” that is a signature component of the CJP aesthetic.

A matinee performance will be held on Sunday, April 26 at 3 P.M. at the Beverly Arts Center, 2407 W 111th St, Chicago, IL 60655. This family-friendly concert will feature a pre-concert “Instrument Petting Zoo” where children can touch and play a variety of instruments, and a post-concert talk-back with the musicians.

Chicago Jazz Philharmonic’s Tenth Anniversary season will culminate with a Gala celebration in May 2015 at the Arts Club of Chicago. The Gala highlights will include a pre-concert reception, a full orchestra performance, and a post-concert dinner with dancing.

“Our Gala will be a celebration of how far we’ve come and all that has been accomplished since the time Orbert was first asked to “think big” when planning his appearance at the 2004 Chicago Jazz Festival,” commented Birdie Soti, Executive Director of CJP. “We are so gratified by how Chicago has embraced us and our mission. We look forward to the next ten years!”

Orbert Davis is co-founder, conductor and Artistic Director of Chicago Jazz Philharmonic, a 55+ piece jazz-symphonic orchestra and a 16-piece chamber group dedicated to multi-genre projects. He is also the co-founder of “Jazz Alive,” an interdisciplinary enrichment program that focuses on teaching life and academic skills through music, currently running in eleven Chicago Public Elementary Schools. One of Chicago’s busiest and most sought after musicians, Davis won an Emmy Award in 2012 for the composition and production of an original score for the national PBS documentary, “DuSable to Obama: Chicago’s Black Metropolis.” In September 2011, Davis was named Artist-In-Residence for the Chicago Jazz Festival, an honor held by only one other Chicagoan in its history. In 2010, he received the “Arts Legend Award” from the Arts Alliance Illinois, a statewide arts advocacy group, recognizing his mission-based accomplishments in both performance and education. Orbert Davis’ compositions and arrangements have been performed worldwide by the Melbourne Symphony (with Kurt Elling), Poznan Academy of Music Symphony Orchestra, Univ. of Louisville Symphony Orchestra, Grant Park Symphony, Chicago Sinfonietta, and Fox Valley Orchestra. When he is not performing, composing, or teaching, Orbert Davis finds time to talk all things jazz - past, present, and future - as he hosts a weekly jazz radio show, “The Real Deal” airing on WDCB 90.9 FM and streaming live on wdcb.org. Orbert Davis has a Bachelor’s degree in trumpet performance from DePaul University and a Masters degree in Jazz Pedagogy from Northwestern University.

What began as an invitation to “think big” in planning his headlining appearance for the 2004 Chicago Jazz Festival has turned Orbert Davis’ dream of a jazz symphonic orchestra into an established cultural institution. The Chicago Jazz Philharmonic is a 55+ piece symphonic orchestra and a 16-piece chamber ensemble providing rich, accessible, multi-cultural music experiences that bridge gaps in jazz and classical genres. As America’s definitive “Third Stream Orchestra”, CJP performs works from the standard jazz big band to the classical symphony, while creating a “new aesthetic” in cross-genre collaborations. “When the orchestra made its debut, audiences did not know what to expect,” says co-founder and Producing Director, Mark Ingram. “Now they are asking, ‘what’s next?’”

Improvisation provides the impetus for music of Trio Globo's music, a spark which combines with the trio's musical diversity to ignite their live performances. Howard Levy, widely known from his work with Bela Fleck and the Flecktones, is a fluent jazz pianist who doubles on harmonica, playing it with a fresh inventiveness and intense virtuosity that earns him ovations wherever he plays. Eugene Friesen, the Grammy award-winning cellist from the Paul Winter Consort, plays cello like a bass one moment and a driving rhythm instrument the next, often doubling melodies with his voice for a haunting visceral effect. Grammy award-winner Glen Velez exudes absolute mastery on a wide variety of exotic percussion instruments, from frame drums of many cultures to the Australian bullroar, the Caribbean steel pan, and buzz sticks from the Philippines.