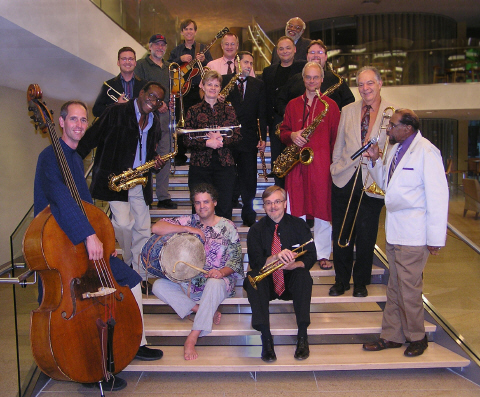 “Mary Lou Williams is perpetually contemporary. Her music retains a standard of quality that is timeless. She is like Soul on Soul." (Duke Ellington)

The May 9 concert is the only major Mary Lou Williams centennial tribute currently planned in New England.

Pianist and composer Mary Lou Williams is one of our great American composers, an African American who rose to prominence in the pre-Civil Rights / pre-Women Rights era when female big band composer-arrangers were rare. Called The First Lady of Jazz, Williams wrote for and performed with Andy Kirk's Twelve Clouds of Joy (one of the leading Territory Bands of the 1920s and 30s), and she composed for illustrious orchestras including Duke Ellington, Benny Goodman and Dizzy Gillespie. She gave the premiere of her masterwork, the twelve-movement Zodiac Suite, in Carnegie Hall. Following a spiritual crisis in the 1950s, Ms. Williams became a Roman Catholic in 1957 and began to compose sacred music, including Black Christ of the Andes, in honor of St. Martin de Porres, and three complete masses, the most famous being Mary Lou's Mass, performed at the Vatican.

The May 9 concert at Boston College will showcase the full range of Williams' creative genius across five decades of composing, including swing-era classics like Roll 'Em (made famous by Benny Goodman), rarities written for Duke Ellington, the seldom-heard Scorpio from Zodiac Suite, and sacred music including Geri Allen's arrangement of Praise the Lord from Mary Lou's Mass. As narrator for the evening, Fr. Peter O'Brien will share reminiscences of the life and work of Mary Lou Williams, drawing on his almost 20-year association with the legendary artist.

Founded in 1973, the Aardvark Jazz Orchestra specializes in original exploratory works by founder and music director Mark Harvey, together with wide-ranging repertory spanning the jazz and American music spectrum. Winner of the 2000 Independent Music Awards, Aardvark has premiered more than 100 works for jazz orchestra and has released 10 CDs including 5 discs on the prestigious Leo Records label. Jazz Review (UK) touted Aardvark's “imagination, exuberance and sheer brio," while Jazz Improv praised “an unapologetic creative edge...all the soloists play with passion and conviction." The band's latest CD, American Agonistes (Leo Records) has been called “a stunning hour of music that is, in turn, beautiful, poignant and raucous" (billboard.com).

Mark Harvey has performed as trumpeter in the U.S., Mexico and Europe; has recorded with George Russell and Baird Hersey; and performed with Gil Evans, Claudio Roditi, Howard McGhee, Sam Rivers, and others. A composer with over 120 works in his catalogue, he has received awards and commissions from ASCAP, the National Endowment for the Humanities, the 15th Annual John Coltrane Memorial Concert, the Organization of American Kodaly Educators, and Meet-the-Composer-Lila Wallace/Reader's Digest Commissioning Program, among others. An ordained Methodist minister, Dr. Harvey has given lectures and workshops on music, religion, and culture throughout the United States and in Europe. He teaches jazz studies at MIT.