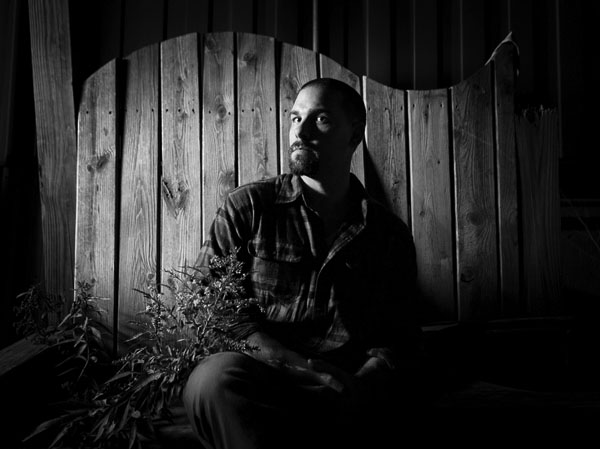 On May 14, 2013, AUM Fidelity will simultaneously release two of the most potent albums he has created to date. Birthday Days, the new modern jazz work with his From Bacteria To Boys quartet, was recorded within the same month as the maximum intensity avant-garde rock/noise epic, Drummer’s Corpse, and no pair of records better represent his multifarious artistic nature.

Birthday Days puts on full display both the rich talents of his remarkable quartet, and Pride’s far-ranging compositional prowess. Pianist Alexis Marcelo and bassist Peter Bitenc remain dedicated members, and in early 2012, saxophone phenom Jon Irabagon joined, breathing new life into the group’s sound with his virtuosic command and harmonic flexibility. The sonic template is further expanded on three tracks here with the addition of bass clarinetist Jason Stein and saxophonist Jonathan Moritz. All of these musicians are startling and beautiful new voices in modern jazz. This book of compositions was written by Pride in a fit of inspiration immediately following the birth of his first child. He writes, “My brain was swimming with melodies & lush harmonies, the music reflects the fullness found in my new life as a parent. The music is dense, but warmly harmonious. It demands a copy-editor’s eye for detail & accuracy, which each member of the band has in full."

In their reviews of this quartet's previous album, Betweenwhile, critics wrote “A successful balance of the tuneful and the abstract. The group pulls together the two extremes without sacrificing the crystalline character of either.” (Lyn Horton, JazzTimes), “Alternating between melodicism, infectious lyricism and rambunctious stretches of off-kilter jazz and free expressions, they keep you guessing. But these guys are trying for something new and relevant." (John Ephland, Downbeat), “Pride’s methods for this group extend the early bop innovators’ methods by taking an aggressively personal approach to restructuring the popular music of the day.” (Wilbur MacKenzie, The New York City Jazz Record)

Mike Pride's From Bacteria To Boys will celebrate the release of Birthing Days with a Sound It Out concert series performance at Greenwich House, NYC on Wednesday, May 22.

Drummer’s Corpse was originally conceived and written by Mike Pride in 2005, following a devastating apartment fire which consumed nearly all of his possessions, recordings, and compositions. The piece was further developed through a series of live performances and personnel adjustments. Aided by a very successful Kickstarter campaign, this epic work was finally fully realized and studio-recorded in late 2012. Drummer’s Corpse features an inter-generational seven-strong convention of some of the finest drummers currently active in the realm of adventurous music, including Tyshawn Sorey, Ches Smith, Bobby Previte, John McClellan; organ drone & waves of electric guitar, and extreme vocal performance art by Pride and two additional members of this stunning assembly. Pride writes, “This piece has taken on many meanings to me. It is my Ascension. It is a scream against violence and war. A scream against greed and envy. A howl of strength, power and self reliance.”

On the additional composition included on the CD, Some Will Die Animals, Pride writes, “this piece was written shortly after the great drummer, vocalist and personal friend of mine, Gen Makino took his own life, shockingly, stirring up an entire community of Tokyo & Osaka based noise and punk musicians. Gen was a singular, inspiring, powerful person - one of the most passionate musicians I have ever witnessed. The piece is composed of a serialized tone row for double bass and a graphic score for guitar, bass drums and tom-toms. The piece is interrupted twice by a news broadcast, read simultaneously by 2 men and 2 women, each with the text in different orders. The broadcast mashes through many things, including global sex-terrorism, suicide & scientific descriptions of imaginary future-animals.”