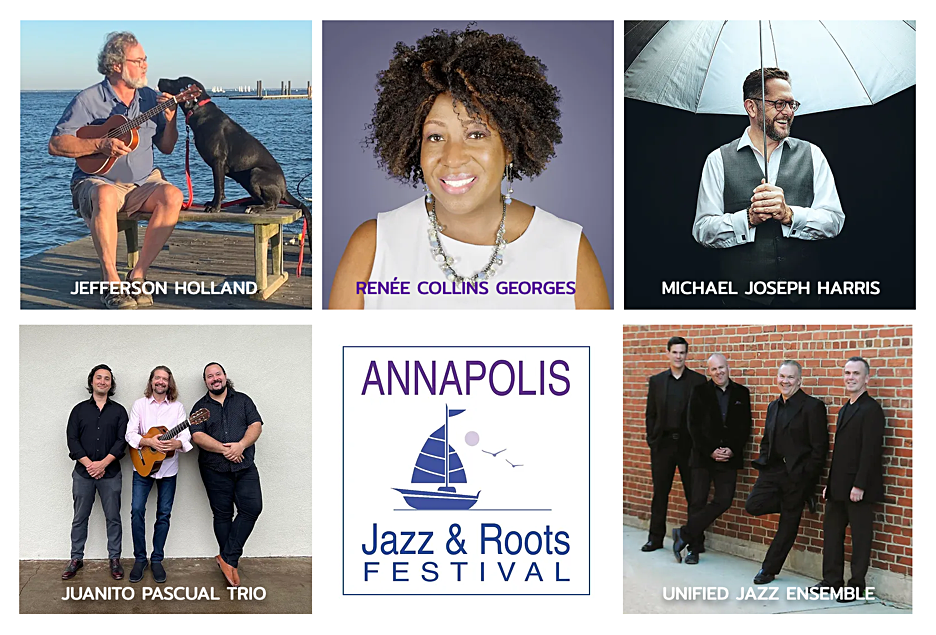 A world tour through Spanish flamenco, sea shanties, klezmer and more is on the way to reignite the region’s passion for jazz and roots music.
—Kathy Knotts

Maryland's capital city will host the Annapolis Jazz & Roots Festival on two consecutive weekends this fall. From November 4-15, 2022, the historic port will reclaim an important part of its musical heritage with concerts and lectures for adults, families and children. Some are ticketed—many are free. Inaugural year events will be presented at four sites in Eastport, the “Left Bank" of Annapolis.

Once known as a Jazz and Rhythm & Blues stronghold, Annapolis was home to concerts at resorts such as Carr’s and Sparrow’s beaches from 1926-1974. Thanks to visionary developer Paul Pearson, the King of France Tavern in the Historic Maryland Inn was a nationally prominent venue for decades and St. John’s College was the home of the Annapolis Jazz Festival. Iconic guitarist Charlie Byrd served as artistic director until 1996, the last year of the festival. The city has not hosted a major jazz event since then!

In 2020, Harvey Lewis Stein of H.L.S. Enterprises in Eastport decided to reinstitute a festival dedicated to jazz. An advisory board was formed with arts promoter Paulina Phillips serving as executive director. NYC bassist/composer Mark Wade was engaged as artistic director. The project moved forward under the umbrella of non-profit organization U Empower of Maryland with the goals of matching cultural diversity with artistic excellence and serving a diverse audience.

The festival kicks off with November 4 performances by Hot Club of Baltimore led by acclaimed guitarist/composer Michael Joseph Harris. His numerous albums of traditional and contemporary gypsy jazz have been widely heard and highly praised in North America and Europe.

This program captures an exciting time when horns were introduced into gypsy swing, a genre that previously featured strings only. From seats at the historic Peerless Rens Club, listeners can imagine themselves in vintage Paris in 1939 when Django Reinhardt met Duke Ellington for the first time.

Hot Club guitarist Connor Holdridge and bassist Blake Meister will be joined by special guest Gabriel Wallace on clarinet and saxophone, paying homage to this particular chapter in the Paris jazz scene. The first show is at 6:00 p.m. The dance floor opens for the second show at 8:00 p.m.

The festival includes two lively lectures at Eastport-Annapolis Neck Library. Saturday, November 5, historian and author Vince Leggett will share his knowledge of historic black beach venues of Greater Annapolis which hosted national entertainers in the days of segregation. On November 12, Jessica Floyd, PhD presents “Sea Chantey’s in the Great Age of Sail.” Reservations can be made through the library beginning October 22.

Unified Jazz Ensemble appears at St. Luke’s Episcopal Church on Friday, November 11 at 7:00 p.m. with special guest Sarah Larsen, playing classic jazz from the 1930s and 40s. This will be a full circle moment for the band. After a decade of touring, UJE made their first area appearance in 1996, in the last year of the Annapolis Jazz Festival. Now an Annapolis mainstay, UJE will help launch the brand new jazz festival!

Following a morning library lecture, festival goers can enjoy another family friendly show at 2:00 p.m. featuring long time Ray Charles vocalist Renée Collins Georges and Georjazz. The former Raelette will share her Southern Roots in a rousing performance of New Orleans jazz. She is enthusiastic about playing to a multi-generational audience. Since moving to Maryland, she has developed programs for young people while continuing to play large concert halls in the U.S. and Europe.

Leaving the Klezmer show, concert goers can walk two blocks north (from 1101 to 926 Chesapeake Avenue) to Eastport United Methodist Church for the last concert of the weekend.

At 4:15 p.m., masterful guitarist Juanito Pascual offers an organic blend of traditional and contemporary flamenco with influences ranging from Jimi Hendrix and the Grateful Dead to Miles Davis and J.S. Bach. Bassist Brad Barrett and percussionist/vocalist Jose Moreno help create an exhilarating sound that leaves audiences spellbound. (Check out this video to hear their unique treatment of the Beatles’ tune “While My Guitar Gently Weeps.”)

Pascual’s career has taken him from the streets of Madrid to the hallowed halls of the New England Conservatory and concert stages around the globe. He made his on—screen debut in the 2009 film Pink Panther 2 featuring Steve Martin and Andy Garcia and since made numerous appearances in film, television and radio. A respected voice in flamenco music, he has performed at the Panama Jazz Festival, the Eurojazz Festival in Mexico City, the Halifax Jazz Festival in Nova Scotia and Spain's Festival de Jazz de Tortosa. In the U.S. he has played the Tanglewood Jazz Festival, New York’s Blue Note Jazz Club, Boston's Jordan Hall and countless other venues.

Prior to the Pandemic, the trio performed in Annapolis at Maryland Hall and received a standing ovation. The musicians had barely left the stage when former director Linnell Bowen enthusiastically rushed forward to invite their return. This performance marks that long-awaited return. Don't miss it!

Festival volunteers, venue partners and supporters are welcome to attend a closing Happy Hour get together on Tuesday, November 15 from 67:30 PM. For more information, contact [email protected]. 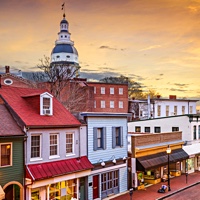