What you opened up for a new and permanent expansion of appreciation for an understanding of Coltrane that goes into new generations, and who knows what else in the future, is one of the most important events and advances in the history of jazz.
—Nat Hentoff 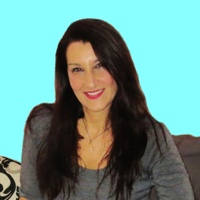 Host Rob Johnson talks to educator Christine Passarella about her program Kids for Coltrane, and the educational value of the jazz great, John Coltrane. (scroll down to listen)

About Christine Passarella and Kids for Coltrane

Christine Turturro Termini Passarella is an educator and founder of Kids for Coltrane. Her work focuses on jazz to teach children about American history, equality, character education, and the arts. The program helps develop a foundation for children which they take with them throughout their journeys as they become innovative and vital global citizens. The Kids for Coltrane curriculum is now being offered to schools and communities.

The idea for the work first started because she wanted to create the kind of classrooms she wished existed with a focus on the virtues. This work grew out of a character education curriculum she founded on Long Island in which she brought in members of the New York Jets, the New York Islanders, and New York State Government to discuss inspiring and life-changing moments in their lives with children in small group settings. Once working for the New York City Department of Education she continued creating loving educational environments for two decades and infused teaching through the arts into the daily curriculum. Bringing the music of master musician John Coltrane to the children proved to bring the work to its highest level of illumination, consciousness, and joy. The Kids for Coltrane curriculum connects the power of music, visual art, performance art, writing, researching, discussion, and case law into every day learning, which enhances education exponentially.

As a jazz columnist at All About Jazz she writes her engaging and thought-provoking column Beauty, Love, and Justice: Living A Coltranian Life. Her articles tell the stories of great thinkers and creative geniuses who all have a desire to be a force for good in our world. A guiding light infused in her writing is the life of master musician John Coltrane. These words said by Coltrane give Passarella hope and have become her North Star. “I know that there are bad forces, forces that bring suffering to others and misery to the world, but I want to be the opposite force. I want to be the force which is truly for good.” Her articles include interviews with Harvard professor and prophetic philosopher Cornel West, master Grammy Award-winning musician Terrence Blanchard, astounding actor John Turturro, acclaimed documentarian Steve Rowland, and legendary radio industry innovator and photographer Barry Mayo.

Passarella’s work has been featured in the Wall Street Journal, the New York Times, and is highlighted in a documentary DVD film about legendary musician John Coltrane. Adelphi University honored Passarella during their first Inside the Teacher's Classroom program and she held a workshop there entitled Music and Social Justice. Passarella is available to speak about her work which she enjoys enormously. A highlight and honor in her life was being selected to speak about the Kids for Coltrane at the Smithsonian Institute for Jazz Appreciation Month and engaging in discussion on stage with Dr. Cornel West during the 50th Anniversary celebrating master musician John Coltrane and his masterpiece composition A Love Supreme. Dr. Cornel West stated, “Christine Passarella is one of the most brilliant and creative teachers in the country. She is unique in her profound knowledge of black music and her deep grounding in the study of emotional intelligence of children. I have been blessed to work with her in her legendary Kids for Coltrane program- a program soon to be a model for the country and world.”

Acclaimed writer and social critic the late Nat Hentoff became Passarella’s mentor and dedicated the entire last chapter of his book At the Jazz Band Ball: Sixty Years on the Scene to her work in education because it gave him hope for the future. He addressed her work with the following statement. “What you do is now part of the Coltrane documentary. What you opened up for a new and permanent expansion of appreciation for an understanding of Coltrane that goes into new generations, and who knows what else in the future, is one of the most important events and advances in the history of jazz. My great congratulations to you…I knew him very well. He really had an interest in history. He would be so impressed with what you have done.”

Christine Passarella lives on Long Island, in the great state of New York and is inspired by the youth of America which includes the loves of her life, her children Victoria and Anthony. Christine established the Kids for Coltrane College Council which brings together college students who want to help change the world. She is currently finishing a novel that focuses on two young adult protagonists finding their courageous true paths set in the turbulent and passionate 1960s. She enjoys being a member of the Writing Institute at Sarah Lawrence where she is exploring her passion as a writer in a variety of genres.