SOURCE: YOU AND WHOSE ARMY MEDIA
February 12, 2016
Sign in to view read count 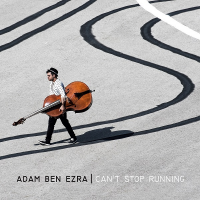 For the past few years Adam has been breathing new life into the double-bass with both his songwriting and musicianship earning him great success along the way.

With his YouTube channel boasting close to ten million views and over thirty thousand subscribers it is clear Adam is a bonafide star in the internet world. However, his success is certainly not limited to the web with 2015 proving to be a breakout year. with numerous performances around Europe and the US, either solo, as part of his trio as well as for the occasional professional workshop.

Previously he has been invited to share stages with some of the world’s fusion giant from recent decades including Victor Wooten, Richard Bona, Mike Stern and more… Additionally, he is currently collaborating with international renowned classical duo Igudesman & Joo appearing with them in some of Europe’s most prestigious venues. All that without mentioning his ongoing role as part of the live band for internationally renowned singer Noa (Achinoam Nini).

For more information contact You And Whose Army Media.