By NENAD GEORGIEVSKI
August 27, 2013
Sign in to view read count 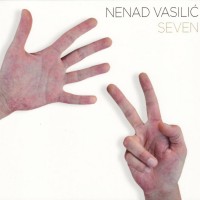 In the long, well-intended history of aligning the spontaneity of jazz with sounds, rhythms and harmonies of various folk musics, the predicament lies in finding the linkages between two disparate idioms without sacrificing mutual integrity. Bassist and composer Nenad Vasilić tackles this issue in a very distinct way as he successfully marries the festive folk sounds of his native Nish (southern Serbia) with the jazz music to which he has devoted his life.

A resident of Vienna, Vasilić is one of the new breed for whom this mixture seem to come as naturally as breathing and, ever since he founded his own band in 1998, he has striven to mix straight-ahead jazz with the sinuous melodies of Serbian folk music. As a native of the south, Vasilić's harmonic tapestries and melodies seem to reflect the rugged geography and playful folk music for which his region is famous. He is ambitious as a player, bandleader, writer, and arranger—the whole nine yards.

Making these elements work together would be accomplishment enough, but what elevates Seven is the amount of variety that Vasilić introduces into this fairly tightly defined hybrid form. His writing is clever, darting between whirling unison lines and folksy melodies, and leaving plenty of space for the players to open up. The opening "Budjenje" is a joyful and exhilarating tour-de-force of soulful twirling gypsy melodies,whose festive character and sinuous, playful lines are then transferred onto the second track, "Juzna." "Juzna" has an uplifting character played in mid-tempo, and it's here and on the following "Janina" where the balance between jazz and folk is disrupted in favor of the latter. "Janina" and "Za Grofa" are gentle ballads with heart rending gypsy harmonies, where saxophonist Vladimir Karparov excels by weaving memorable lines full of the melancholic yearning that is so typical for this music.

All but the "A Be Da Be Medley" are compositions written and arranged by Vasilić. "A Be Da Be" is an amalgamation of two traditional songs, "Nishka Banja" and "Udavija Se." It is an upbeat tune whose snaking melodies give it a typically festive wedding song character. Joining him on this endeavor, among others, is composer and pianist Bojan Zulfikarpašić (aka Bojan Z), someone well-versed in fusing music from his native Balkan into his own brilliant compositions. He can also be heard on tracks such as "Mr. A.B.," and "Intro for Saban," a beautiful homage to singer Saban Bajramovic, one of the great gypsy singers—a legend in his own lifetime and also a Nish native. He does a wonderful job layering his Fender Rhodes, and displays lyrical generosity and clarity throughout. And while the horns give lots of color to these nine songs, it is the accordion that steals the show on the closing "No Problem," with its sinuous melodies and playful character. The music gently sways and pulses as accordionist Marko Zivadinovic swirls and twirls on his instrument.

There is a strong emotional content that is woven deeply into the performances—not coming in strings of solos, but as fluid knots and melodic ornaments. What is most obvious through all of this is how assured Vasilić sounds—completely in control of both his own instrument and this absorbing new blend of traditions he has created.

Buđenje, Južna, Janina, Day By Day, Za grofa, A be da be (Medley), Mr.A.B., Intro For Shaban, No Problem Song.