Russian born (1991) and Cologne (Germany) based tenor saxophonist Yaroslav Likhachev took up a career as a jazz musician at the age of sixteen after many years of classical piano education.

The decision to follow the jazz path came after a live concert of the legendary American saxophonist Benny Golson, which unexpectedly took place in his hometown in the far Siberia. The concert was like a shock which pushed Yaroslav to jump into the jazz world with great enthusiasm and inspiration.

His former saxophone teacher at the College of Music in Novosibirsk encouraged him to take part in different International Competitions and Festivals and to continue his studies in Europe after the Diploma graduation.

Yaroslav´s wish to discover new styles of jazz brought him to saxophone player Prof. Wolfgang Engstfeld in Cologne, one of the greatest names of german modern jazz. During his four years of Bachelor study at the The Cologne University of Music (Hochschule für Musik und Tanz Köln) he also had the possibility to have lessons with the extraordinary avantgarde saxophonist Frank Gratkowski, who showed the him new sides of the instrument, towards a more experimental new music approach.

He also attended master classes and workshops by Mark Turner, Branford Marsalis, Scott Robinson etc. who helped him to get closer to the spirit of the American jazz scene.

Yaroslav is currently working on different musical projects, always following multiple directions of music, running parallel to the „hot“ roots of the Bebop and to the new experimental sounds of jazz.

The musical “credo” that he adopts to write his original compositions, is explained by his commitment to create and perform music that reflects the echoes of the traditional jazz style but also goes in constant searching for personal and innovative ideas.

Furthermore, Yaroslav is a truly art enthusiast and his music often takes inspiration from other art forms – above all photography, a field that he considers as particularly close to his musicianship of improvisation artist.

Yaroslav is also active as a music educator in North Rhine-Westphalia (NRW) and shares his musical passion with his students, having experienced himself the extreme importance of mentorship in the process of learning and discovering music.

At the present time Yaroslav Likhachev is continuing his Master Studies at the Folkwang University of the Arts (Folkwang Universität der Künste) in Essen, under the tuition of Prof. Matthias Nadolny.

In the year 2018, the Yaroslav Likhachev quartet was awarded a scholarship by the Werner Richard-Dr. Carl Dörken Stiftung. 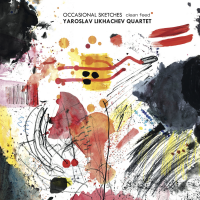 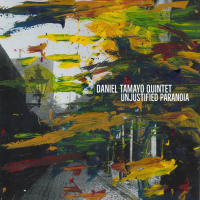 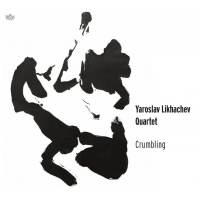 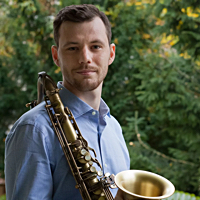 All About Jazz musician pages are maintained by musicians, publicists and trusted members like you. Interested? Tell us why you would like to improve the Yaroslav Likhachev musician page.