Hailing from London, England, Wilfie Williams rose to the heights of U.K. jazz before the age of 18.  He studied with British music luminaries: Julian Joseph OBE, Dave Holland, Trevor Watkis and more. Aged only 16 he performed at the EFG London Jazz Festival, shortly after winning one of two full scholarships to study piano at Berklee College of Music’s illustrious Jazz Workshop with NEA Jazz Master’s Terri Lyne Carrington and JoAnne Brackeen.

In 2017 Wilfie won a full scholarship to Berklee’s degree program, allowing him to continue studying with JoAnne Brackeen privately, on top of various classes with Billy Kilson (David Sandborn Band), Ralph Peterson (Art Blakey), and Grammy nominee/star musician of Pixar’s movie Soul, Tia Fuller. Whilst at Berklee, Wilfie was privileged to perform with both Tia and Ralph in their bands, at venues such as Dizzy’s Club Coca Cola and the DC Jazz Festival. Ralph’s Gen-Next Big Band went on to win the 2021 Downbeat Award for Rising Star Big Band, with Wilfie arranging and remotely recording the final piece by the band during the pandemic.

Since moving to New York, Wilfie has enjoyed performing with his own group around the city, describing the music as “groove-based, swinging and accessible jazz, continuing the legacy of musicians such as Donald Brown, Mulgrew Miller and Woody Shaw”. He leads a trio and quartet, adding additional horns when called for. Wilfie also relishes playing as a sideman for other groups, including with tenor star Ben Solomon, New York legend Stacy Dillard and trumpet virtuoso Josh Evans.

"Wilfie Williams has a solid foundation and all the groundwork of a great artist in the making. This stunning debut points to a great talent as a composer, bandleader and player. The music leaves you wanting to hear more from this exceptional player nestled in the NYC scene loaded with talent, purpose and poignancy." - Julian Joseph OBE

"With a rare ability to improvise over the most complex chord progressions whilst maintaining a unique and individual sound, Wilfie Williams shines as an instrumental soloist." NEA Jazz Master JoAnne Brackeen 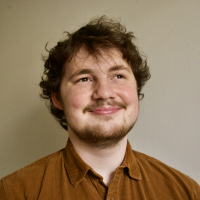 All About Jazz musician pages are maintained by musicians, publicists and trusted members like you. Interested? Tell us why you would like to improve the Wilfie Williams musician page.