Warren Hill is not only one of the most gifted performers and “off the hook” showmen in the jazz world, but he is also a talented and innovative creator of new and different ways to present his music and connect with his fans in this ever changing world of music.

After the release of his first CD in 1991, he was picked up by Natalie Cole as the opening act on her 40 city "Unforgettable Tour". Since then he has released 9 CD's with numerous Number 1 hits on the Contemporary and Smooth Jazz Charts, as well as being recognized by a diverse list of awards, including Berklee College's Distinguished Alumnus, 1995 NAC songwriter of the year from SESAC, 2002 Juno Nomination for Contemporary Jazz Album, 2003 Canadian Smooth Jazz Artist of the year and 2005/2006 Canadian Wind Instrumentalist of the year.

But simply playing music at the highest possible level of the industry was not enough for Hill. Hill recognized that the traditional music “distribution” system of concerts, CD sales and radio was changing rapidly. Being able to control how his music would be presented and offered to the public became a theme for Hill’s creative mind and skills. In the fall of 2002 he began to conceptualize the revival of the “smooth jazz cruise genre” and the result was one of the most successful and talked about Smooth Jazz events in the past decade: Warren Hill's Smooth Jazz Cruise. The first cruise took place in January of 2004 in the Caribbean and featured many of the top Artists in Smooth Jazz, after which, Hill embarked upon the first full ship charter smooth jazz cruise in the history of the format. The ’05 and ’06 cruises were both sellouts and critical successes of the highest order. Hill’s vision not only made his own cruise a success, but opened the door for many other Artist’s to promote similar cruises. At this point Smooth Jazz themed cruises produce close to $10,000,000 in annual revenue, and quite possibly have become one of the highest grossing concert events in the history of the genre.

Hill simultaneously embarked on another mission: to start his own record label. PopJazz Records finally came to fruition in the spring of 2005 with the release of Hill's much anticipated 10th CD entitled Pop Jazz. The new CD features Hill's versatility, as his saxophone explores his roots in Pop, R&B, Funk, Chill and of course, Jazz. Produced by Hill and his bassist, André Berry, the CD is packed with outstanding musicianship from Hill's touring band, whom many industry insiders claim to be one of the hottest bands in the genre (André Berry, Ronnie Gutierrez, Dave Hooper, Randy Jacobs & Michael Whittaker) as well as some special guest appearances by Norman Brown, Brian Culbertson, Jeff Golub and the incredible Harris Brothers Horns.

Recognizing that the retail market for CD sales is more challenging than ever, Hill has also created a new online service - PopJazz.com - a website portal offering both a retail outlet and a subscription service. "Jazz listeners are very unique consumers. They are sophisticated and extremely passionate about the music they love. In a sense they feel that they are part of a very exclusive music “club”. PopJazz.com creates an all-access pass for it’s members by providing unlimited streaming audio and video, exclusive tracks, out-takes, live audio and video recordings, premium concert tickets and more personal contact with the artists”, says Hill.

Born and raised in Toronto, Canada, Warren Hill began his music career at age 7. He studied guitar and his early influences came from classic rock such as Led Zeppelin, Rush, Jeff Beck and Eric Clapton. At age 12 he started to play saxophone and it became the focal point of his life while studying jazz at the Eastman School of Music. There his musical life changed forever and he retired his childhood dreams of becoming a rock star, strapped a saxophone around his neck — and it's been there ever since.

In spite of his passion for music, Hill enrolled in physics at the University of Toronto. It was after a year of practically abandoning his saxophone in order to keep up his grades when he realized that music was his true calling. He followed his heart and enrolled at the renowned Berklee College of Music in Boston. At his graduation performance, he was approached by acclaimed record producer Russ Titleman to play on a Chaka Khan record. It was at that moment that he knew he followed the right path.

Hill moved to Los Angeles in 1989 and within a year RCA Records signed him to a record deal. His first CD Kiss Under The Moon was released in 1991. Since then he has released 9 CD's which have sold a combined total of over one million copies worldwide. A saxophonist, vocalist and talented composer, Hill has remained one of the most consistently popular contemporary jazz artists in his field. Show less 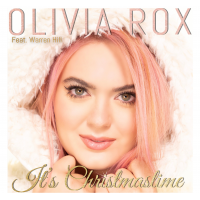 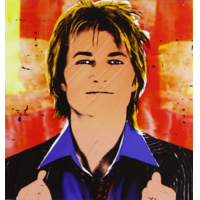 Kiss Under The Moon 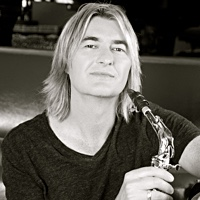 All About Jazz musician pages are maintained by musicians, publicists and trusted members like you. Interested? Tell us why you would like to improve the Warren Hill musician page.