Walker Adams is an NYC-based drummer known for his creative, energetic playing. Adams fuses traditional rock, jazz, and funk with modern electronic and hip hop grooves to produce rich, complex, danceable beats. He writes and performs original music, tours with Miggs, and plays with The Ludlow Thieves and Fairytales for the Fatherless. Past gigs include St. Vincent and bassist Percy Jones from Brand X and Brian Eno.

Born and raised in rural Vermont, Walker’s early influences were the sounds of nature and his parents' vinyl collection. He moved to a suburb of NYC at age twelve and played in his high school jazz band and with local rock bands. Walker attended Berklee where he played with Annie Clark of St. Vincent, Mark Kelley of The Roots, and briefly with Esperanza Spaulding and Christian Scott.

After graduating with honors he moved to NYC and began playing with bassist Percy Jones who has played extensively with Brian Eno and Phil Collins. He then toured with St. Vincent for over a year which included opening for Arcade Fire and playing at Coachella.

Adams is currently the drummer for the rock band Miggs, leads his own band, is a founding member of The Ludlow Thieves and Fairytales for the Fatherless. Walker plays ddrum drums and Amedia cymbals. His latest album Emergence finds him in the role of composer and bandleader, and reflects his background in jazz fusion and improvised music. 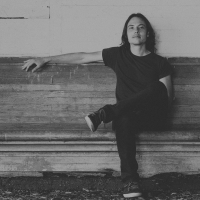 From: Emergence
By Walker Adams

All About Jazz musician pages are maintained by musicians, publicists and trusted members like you. Interested? Tell us why you would like to improve the Walker Adams musician page.