In 2017 Crane was commissioned by the Lincoln Center, NY, to create a multimedia piece titled "Preservation" in collaboration with filmmaker Tracy Maurice. Crane's composition was performed live and released as a full-length album in 2019. In addition to Crane, the recording features performances by Colin Killalea (Albert Hammond Jr.), Eliot Krimsky (Here we go magic), and Greg Chudzik (Steve Reich).

In 2017/2018, Crane toured extensively with Melissa Aldana and recorded the Grammy Nominated album "Visions" with the band. Crane is also a core member of Aaron Parks's "Little Big" (whom he met and befriended at a jazz camp in NYC when they were both 15 years old). They've recorded two albums together. Crane also taught improvisational ensembles at the Accademia Nazionale del Jazz - Siena Jazz in Italy (2019-2020). He contributes original compositions to various WNYC and NPR podcasts and is also a Sunhouse artist. 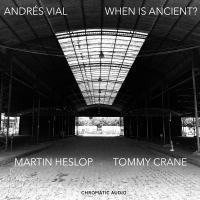 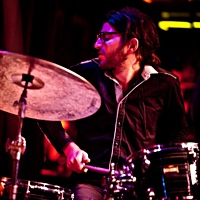 All About Jazz musician pages are maintained by musicians, publicists and trusted members like you. Interested? Tell us why you would like to improve the Tommy Crane musician page.