For over 40 years, Tom Wakeling has put his bass to work at jazz festivals, concert halls, and jazz clubs throughout North America, Europe, and Asia.

What The Critics Say: “Bassist Tom Wakeling provides the great foundation upon which all else is built.” - Jazz Times

“...Wakeling is impressive, offering melodic and harmonic depth to whatever pianist he accompanies...” - Willamette Week

“...talented bassist Tom Wakeling brings his band to town for one show...it promises to be the best event of the season...” - Vancouver (Canada) Province Live at the Cotton... 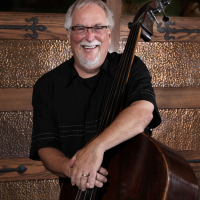 All About Jazz musician pages are maintained by musicians, publicists and trusted members like you. Interested? Tell us why you would like to improve the Tom Wakeling musician page.