I have been a professional entertainer since 1965. I have played with recording artists, appeared on TV and radio, and have had articles published in newspapers and magazines. I have taught guitar for the San Diego Community College District (since 1988) as well as several music studios, and I and have a music degree from Mount Aloysius College with concentration on Music Ed and guitar performance. I am available as a music producer. I have a good ear for what sounds good and what sounds bad, and I will work with you or your band to record a dynamic CD that captivates rather than falls short. I am available for session work and for last-minute sideman work (guitar) in the San Diego/Southern California area. My styles include smooth jazz, swing, blues, folk, country, bluegrass and classic rock (`65-`75). I can also perform cowboy/western music.

I joined the school band in 1961, playing baritone (euphonium) and then switched to tuba, which I played all through high school and also in college.

I began playing guitar in 1964. I formed my first combo and joined the Musician's Union in 1965, and played my first professional gig on September 25, 1965. I have, for the most part, been a Union musician and am currently a member of Local 325, San Diego. During this period, I studied with Johnny Adams, a popular USO guitarist, where I learned chord solo style playing, jazz improvisation and fills.

I taught private guitar lessons part-time and full-time from 1968 to 1978. During this time I also attended college and received a music education degree from Mount Aloysius College in Cresson, PA in 1972, and also attended Indiana University of Pennsylvania in 1973. My teachers at college included Maurice White, classical guitar, and Ed McGuire, a popular jazz guitarist who has written books for Mel Bay publications. During this time I also worked a heavy schedule of nightclub appearances, including a full-time tour in 1974-1975.

I moved to San Diego area in 1978 where I worked as an assistant manager for Guitar Center 1979- 1980 and as Division Manager of Therle Music from 1982 until they closed in 1986. I then entered the music wholesale field, working for Pennino Music and covering the territory from San Clemente to San Diego to Yuma.

During this time, I continued to play with a variety of San Diego bands, sometimes as often as five days per week. I have had the opportunity to work with many well-known entertainers such as Lou Christe, the Outsiders, the Brass Tacks, Johnny Lee, Mickey Gilley, Johnny West, California, Tiffany and others, either as an opening act or as a sideman.

Although I played a variety of styles, I managed to win the San Diego Country Music Association “Entertainer of the Year” award in 1983, as well as awards for “Most Versatile” and “Best Band.”

I recently worked with six San Diego bands: “Corvettes” was a `60's and `70's rock group popular from 1988 to 2001. “Phase 4” featured 60's & 70's rock and features strong vocal harmony. “Missing Oldies Band” played standards, blues, country and swing. “Prime Time” consisted of a female vocalist, her husband on bass and myself on guitar (plus a drum machine). This gave me the opportunity to reach out with my guitar playing and fill in a lot of holes. “Missing Oldies Band” played standards for society gigs. “Rightside” was a Christian show band. I recorded “Living on the Right Side” with this band. I still work occasionally with the “Grand River Band,” featuring standards, classic country, oldies rock, blues and swing, and I record with the “Tom Smerk Project.”

I am currently working as a solo artist, session guitarist and sideman for hire (smooth jazz-blues-folk- country-classic rock). I also sing folk songs and bluegrass tunes as an acoustic set. Also, I have recently (2003-2004) done a series of concerts for the Bose Corporation & AFM for elementary and middle school children to further music education for children.

I have recently released six additional CDs on the independent Audio Barn label. “Lucky 21” contains 21 musical arrangements, both vocal and instrumental, from a variety of musical styles including jazz, smooth jazz, folk, folk rock, blues, classic rock, country, western and bluegrass. “Christmas In The Appalachians” contains popular vocal and instrumental Christmas songs in both traditional and jazz styles. “For the Faithful” is a collection of popular and original Christian hymns. “Elan” is a live recording of one of the first smooth jazz groups in the area featuring popular and original songs. “Will Play Jazz for Food” is a mix of jazz, smooth jazz and Latin jazz including one original song. My latest CD is “Life's God to Me,” released August 2018. I is a mix of rock, blues, country, folk rock and surf instrumental, and is available at most Internet music sites.

Recently taught three classes (Beginning Classica Guitar and Beginning and Intermediate Folk Guitar) for the San Diego Community College District. Guitar teacher since 1968. Professional musician since 1965. Music degree from Mount Aloysius College. One or two private lessons (in Dulzura, CA) by appointment only - not every week. $75-$100 depending on needs. Email [email protected],com for more details or to discuss if I can help your playing.

Recently taught three classes (Beginning Classica Guitar and Beginning and Intermediate Folk Guitar) for the San Diego Community College District. Guitar teacher since 1968. Professional musician since 1965. Music degree from Mount Aloysius College. One or two private lessons (in Dulzura, CA) by appointment only - not every week. $75-$100 depending on needs. Email [email protected],com for more details or to discuss if I can help your playing.

I have several clinics available to offer to schools and music stores. Call me with your needs. (619)818-2079 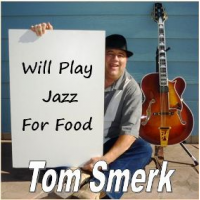 Will Play Jazz for... 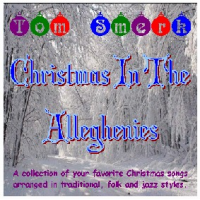 All About Jazz musician pages are maintained by musicians, publicists and trusted members like you. Interested? Tell us why you would like to improve the Tom Smerk musician page.