Tim Green took his first formal piano lessons at the age of 19 while attending Eastern Illinois University (from where he graduated with a B.A. in Philosophy). Within a few years, he began performing in jazz groups around Central Illinois, while living in Champaign. During that time, he met and performed with a variety of touring jazz artists who encouraged him to move to Chicago and explore all it has to offer.

In 2000, he did move to Chicago, a city whose cultural depth enables one to be surrounded by many of the world's best living jazz artists and have countless opportunities to learn and grow from them.

Within a few months of moving to the Windy City, Tim received a call from tenor saxophone legend Von Freeman to play in Von's quartet.

Tim has worked as a sideman in many notable groups in and around Chicago. In addition to the Von Freeman Quartet, he has performed with the Marlene Rosenberg Trio, Jim Cox Trio, Green Mill Quartet, Chicago Jazz Orchestra, Don Stiernberg Quartet, and several others.

He has a growing reputation as a solid, tasteful accompanist and soloist with an ever- expanding repertoire of jazz. He is highly regarded by singers, who appreciate his listening and sensitivity at the piano.

Though known mostly as a jazz pianist, Tim has played at Viva Chicago with both Latin Jazz and Salsa bands, and has recorded across genres which include modern pop and Latin as well as Jazz.

AS A RECORDING ARTIST

Catching Yourself Gracefully features five original compositions by Tim, as well as several standards. Also featured on the CD is one of Chicago's leading combinations, Jim Cox (bass) and Phil Gratteau (drums). The two have been performing together for more than 30 years and have backed such names as Marian McPartland, Rosemary Clooney, Judy Roberts and countless others.

Jeannie's Song, the followup to his successful debut, features Tim on piano, Brian Wilkie on guitar, Jim Cox on bass and Phil Gratteau on drums.

DISCOGRAPHY AS A LEADER

Saxophonist/Composer Tim Green to Perform on the Checkout: Live from... 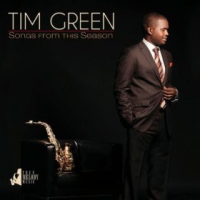 Songs From This Season 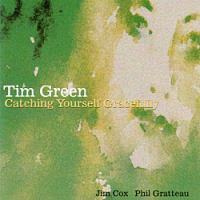 All About Jazz musician pages are maintained by musicians, publicists and trusted members like you. Interested? Tell us why you would like to improve the Tim Green musician page.