Steve Weisberg, born 1963 in Norfolk, Virginia, is a composer/arranger/pianist and international recording artist/producer. In the 80's, after studying with Michael Gibbs at Berklee College in Boston, Ma., he recorded the XtraWatt/ECM release “I Can't Stand Another Night Alone (in bed with you)” produced by Carla Bley and Steve Swallow, recorded and performed with Karen Mantler and her Cat Arnold, contributed arrangements for Hal Willner's “Lost in the Stars: The Music of Kurt Weill” (A&M). Through the end of the 80's and into the 90's, he performed in and around New York City with the prestigious Steve Weisberg and his Orchestra, a 13 piece ensemble consisting of New York's finest jazz luminaries and trend setters.

In addition, he has contributed music to the films “Things to do in Denver When You're Dead”, “Don't Say a Word”, “Impostor”, “Runaway Jury” , “Bewitched” and the 2006 documentary “The Ground Truth”; and he has done the musical score for “Being Ron Jeremy”, “Eyeball Eddie”, and “What Remains”. In 2006 he produced the critically acclaimed studio release by 60's soul legend Howard Tate titled “Portrait of Howard” featuring Lou Reed, Carla Bley, Larry Goldings, and Pete Thomas and Davey Faragher of Elvis Costello fame along with a 20 piece orchestra and is currently musical director for Howard Tate.

I Can't Stand Another... 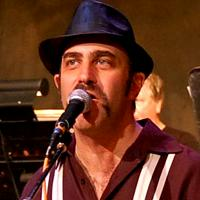 All About Jazz musician pages are maintained by musicians, publicists and trusted members like you. Interested? Tell us why you would like to improve the Steve Weisberg musician page.