One of the most personal and versatile young European drummers / bandleaders – from groove to abstract!

Three time Danish Music Awards-winner and ”Gudman Award-winner” STEFAN PASBORG is a highly energetic drummer from the melting pot of Copenhagen, and after getting a snare drum, a cymbal and a high-hat at the age of three from renowned jazz drummer Alex Riel, he has developed into a very personal musician on the European jazz scene.

He has performed and recorded with musicians like: John Tchicai, Marc Ducret, Ellery Eskelin, Tomasz Stanko, Ray Anderson, Tim Berne, Palle Danielsson, Anders Jormin, Miroslav Vitous, Michael Formanek, Carsten Dahl, Jesper Zeuthen, Alex Riel, Dawda Jobarteh, Mikko Innanen, Liudas Mockunas, Kjetil Møster, Lotte Anker and Peter Friis Nielsen among others….And has toured the most of Europe and in USA, Canada, Africa and Asia – in more than 30 countries, on 5 continents, from Shanghai to Vancouver, from Monte-Carlo to Moscow, from Varanger to Casablanca, and from New York to São Paulo – both as a leader and as a sideman.

He is the founding member of successful bands like: Ibrahim Electric, Pasborgs Odessa XL, Toxikum, Firebirds, Free Moby Dick, Delirium … Besides his many bands and projects, he also performs solo-concerts regularly.

At Danish Music Awards 2004 he was voted ʻNew jazz-name of The Yearʼ…and his release ʻToxikumʼ was voted ʻJazz Discovery of the Yearʼ. His first release as a leader – TriplePoint (ILK 2007) – was selected into worldwide TOP 5 ‘Best Debut Albums of 2007’ by the American magazine The New York City Jazz Record, and his release ‘Pasborg Odessa X-tra Large’ received a ‘’grammy’’ at Danish Music Awards 2011.

He is the founding member of the record label and collective ILK Music. During 2011 Stefan Pasborg was chosen to be Artist-in-Residence at Copenhagen Jazzhouse, and in 2012 the national Danish television (DR) showed 5 documentary programs about him and his bands / projects.

Pasborg has won prices like f.ex. the Soloist-prize at ‘16th European Jazz Contest 1997’ in Germany, the 1st Prize at ‘5th European Tournament of Improvised Music 2001’ in France, ‘Jazznytprisen 2012’ in Denmark…Gudman Prisen 2017…and has received grants for artistic work from among others: Danish Arts Foundations, Danish Musicians Union, Norden, KODA, DJBFA. 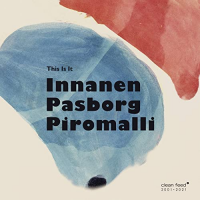 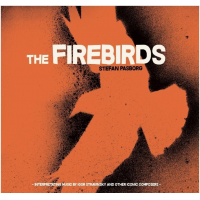 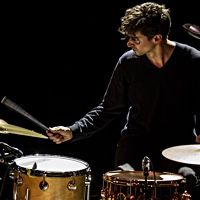 All About Jazz musician pages are maintained by musicians, publicists and trusted members like you. Interested? Tell us why you would like to improve the Stefan Pasborg musician page.